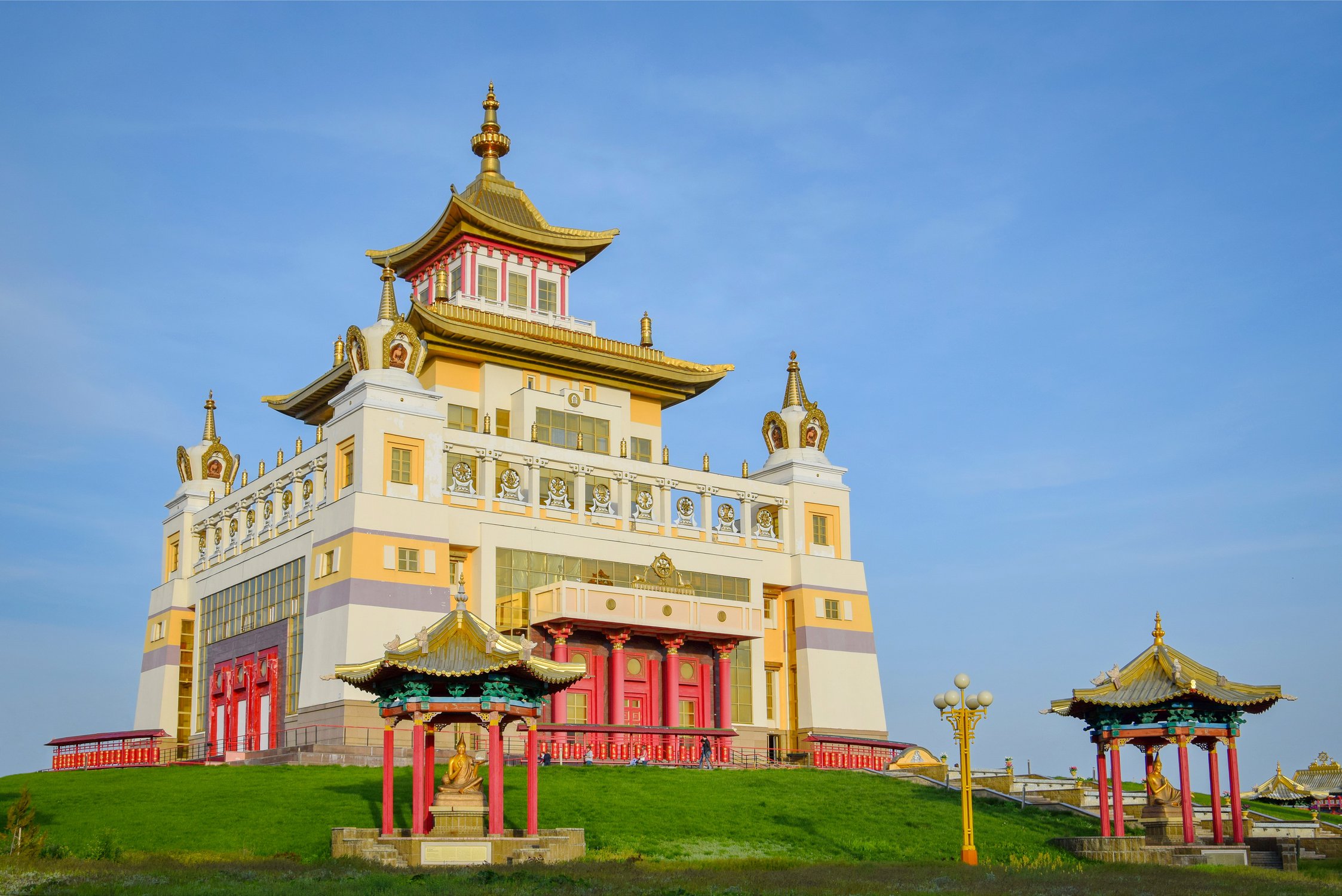 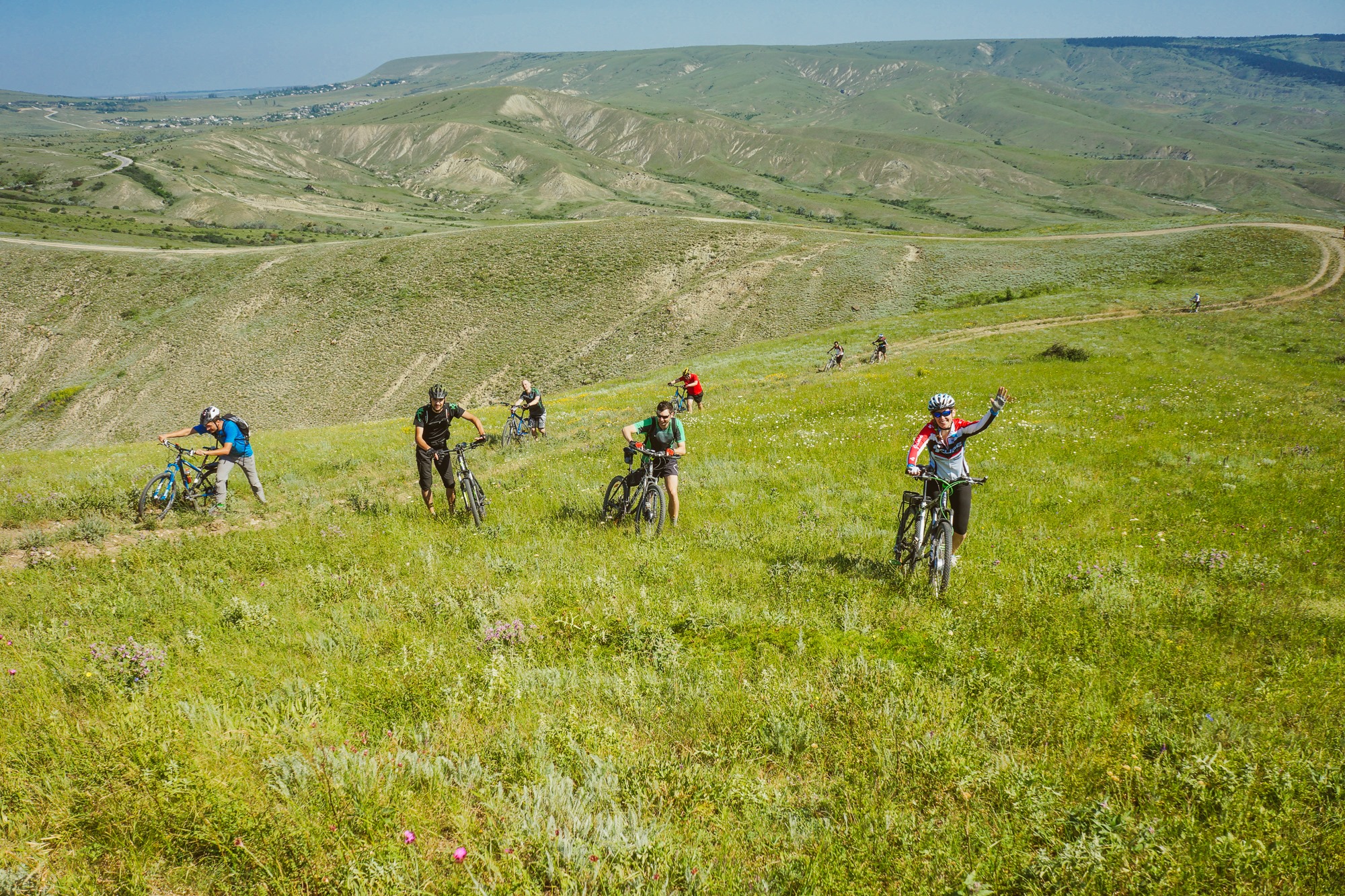 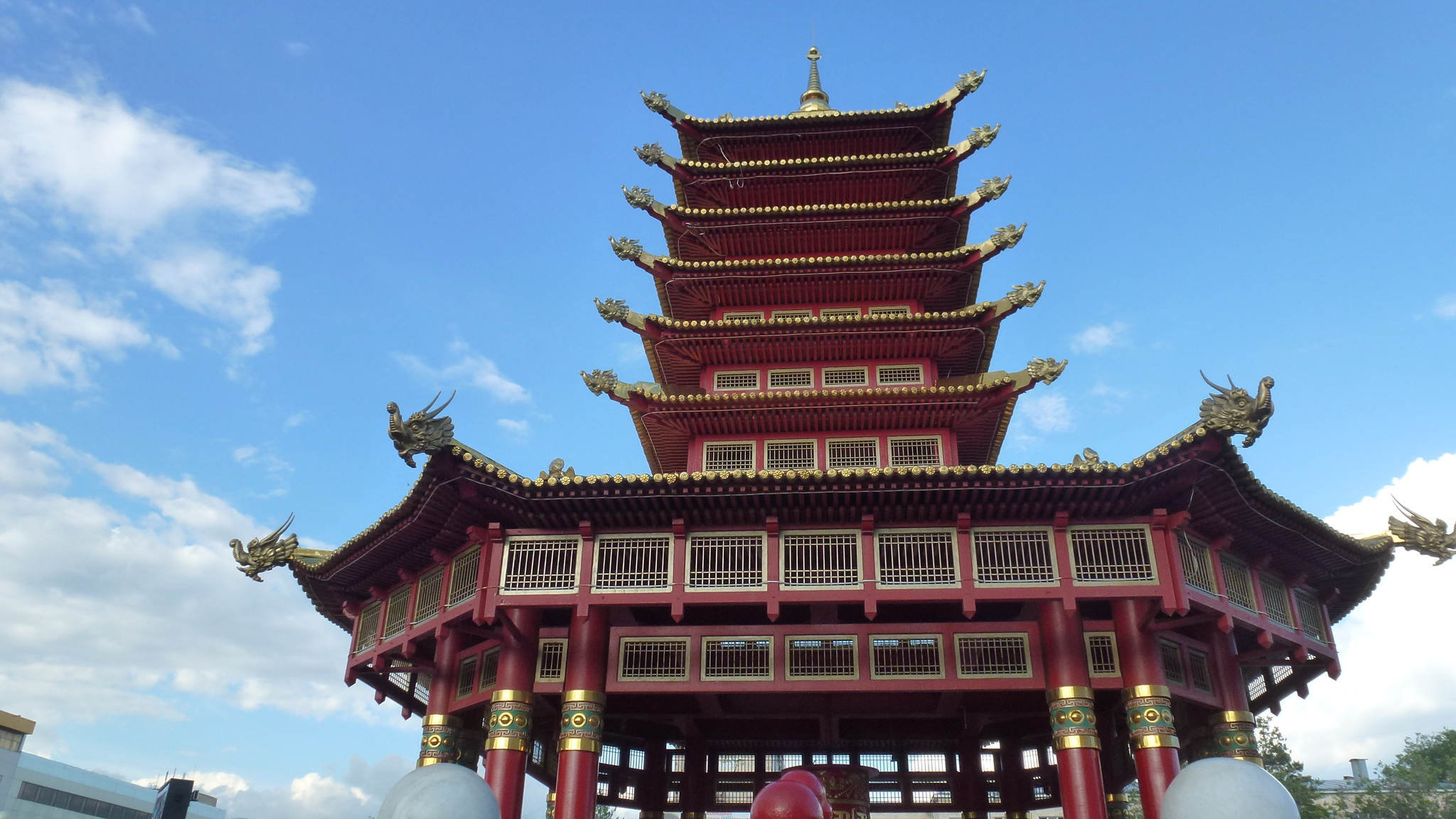 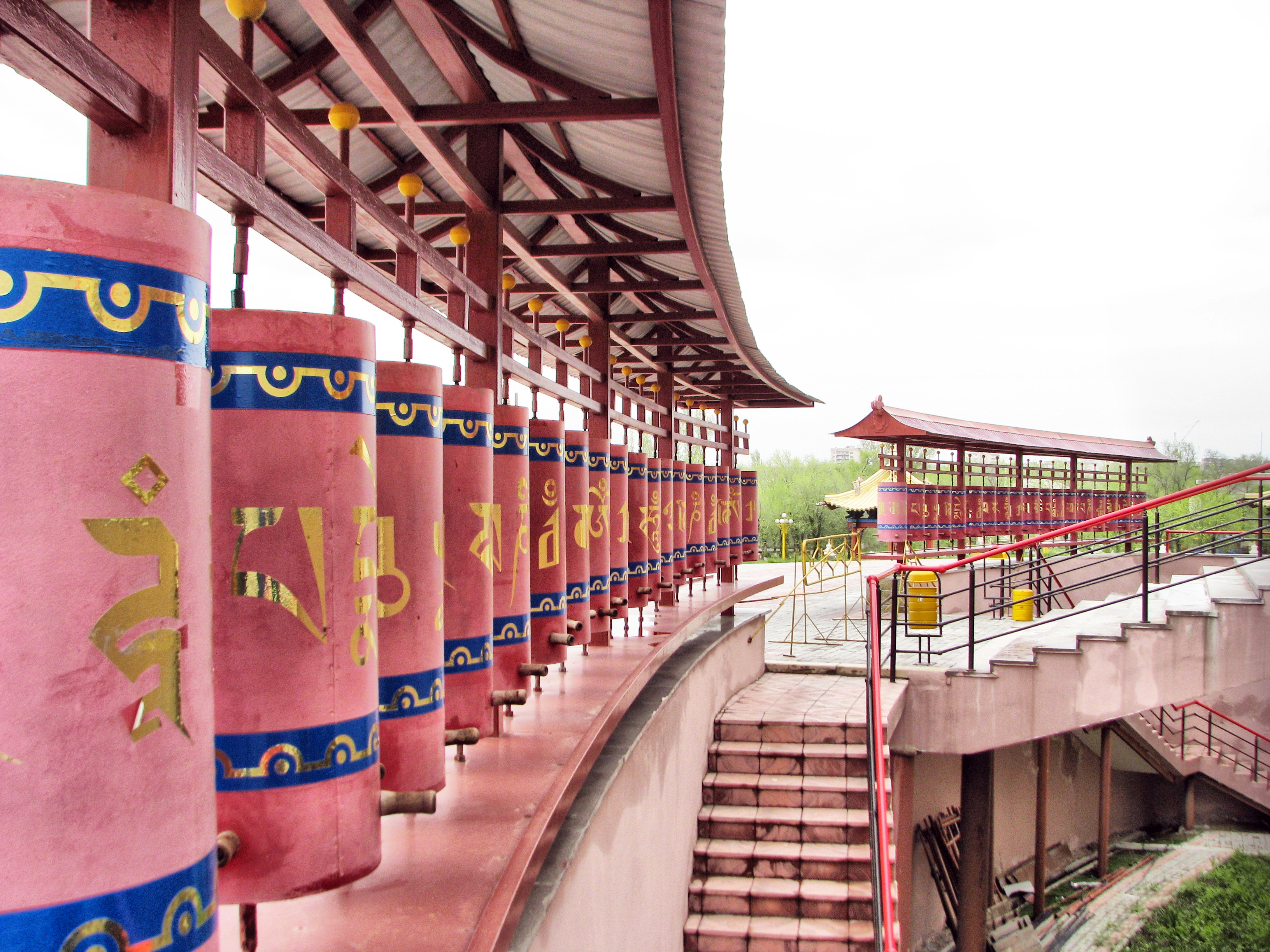 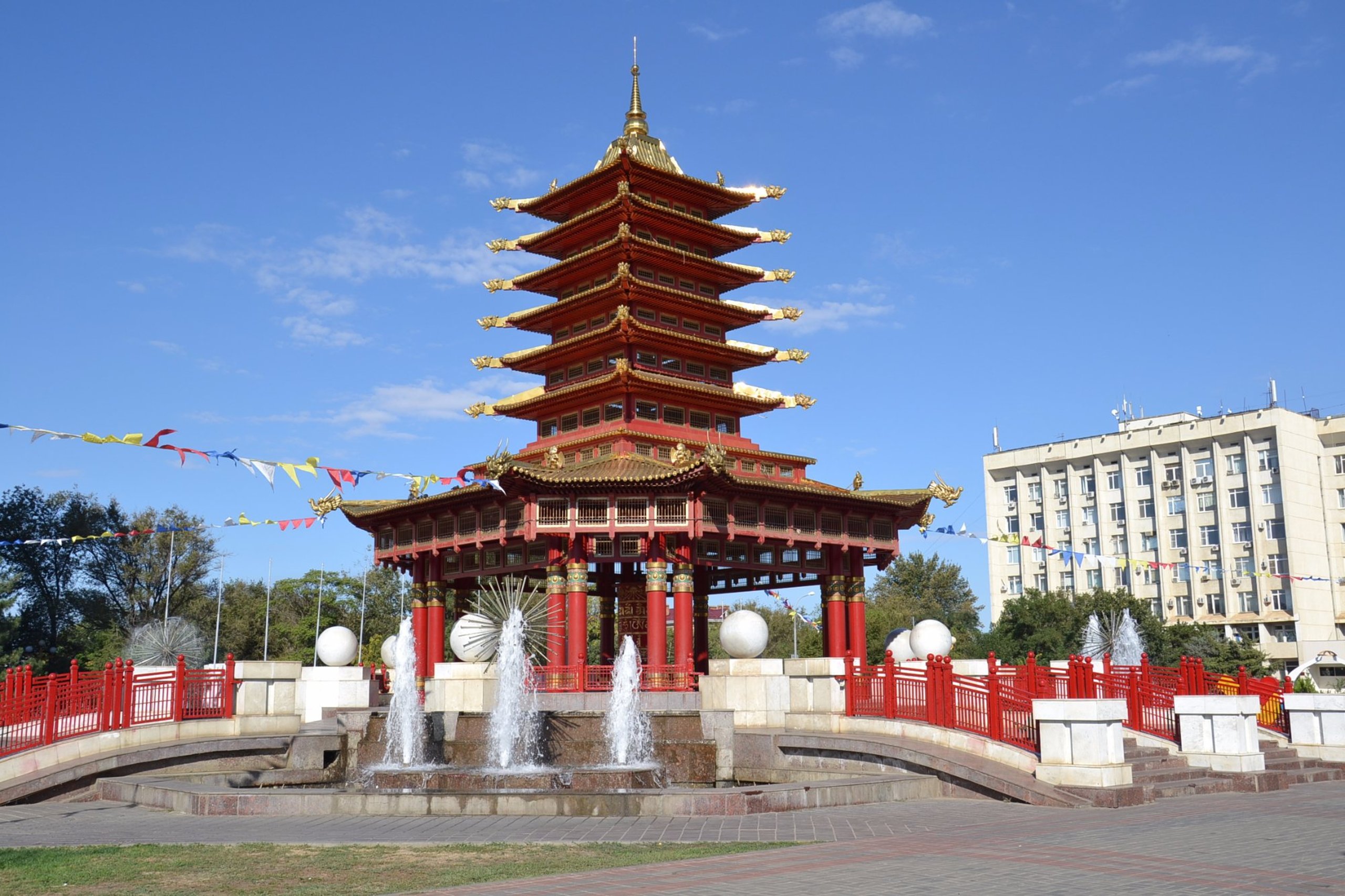 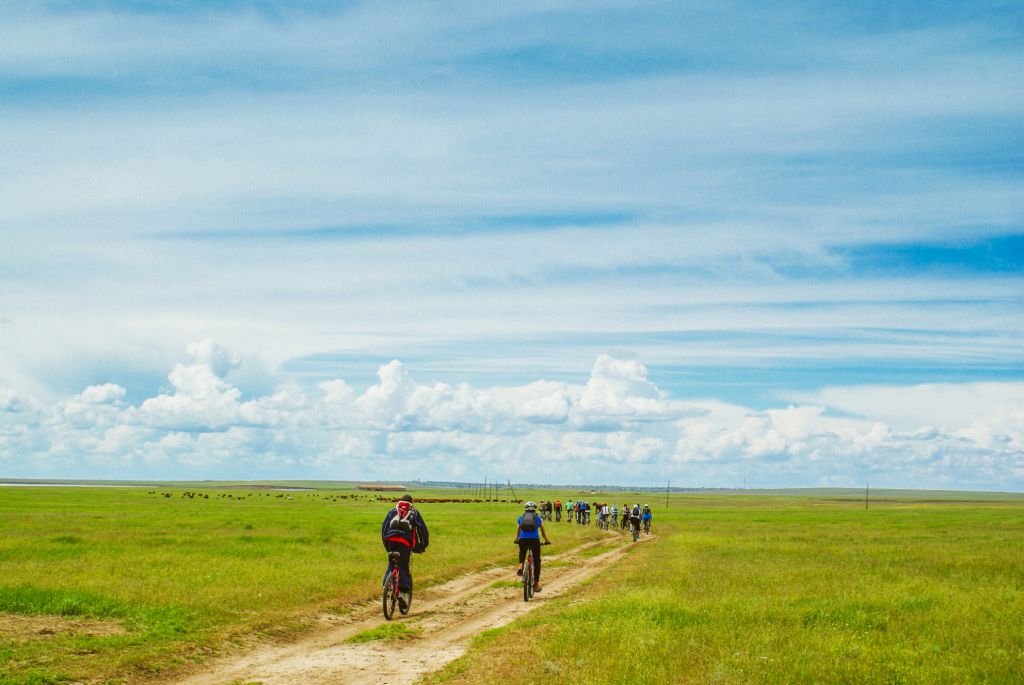 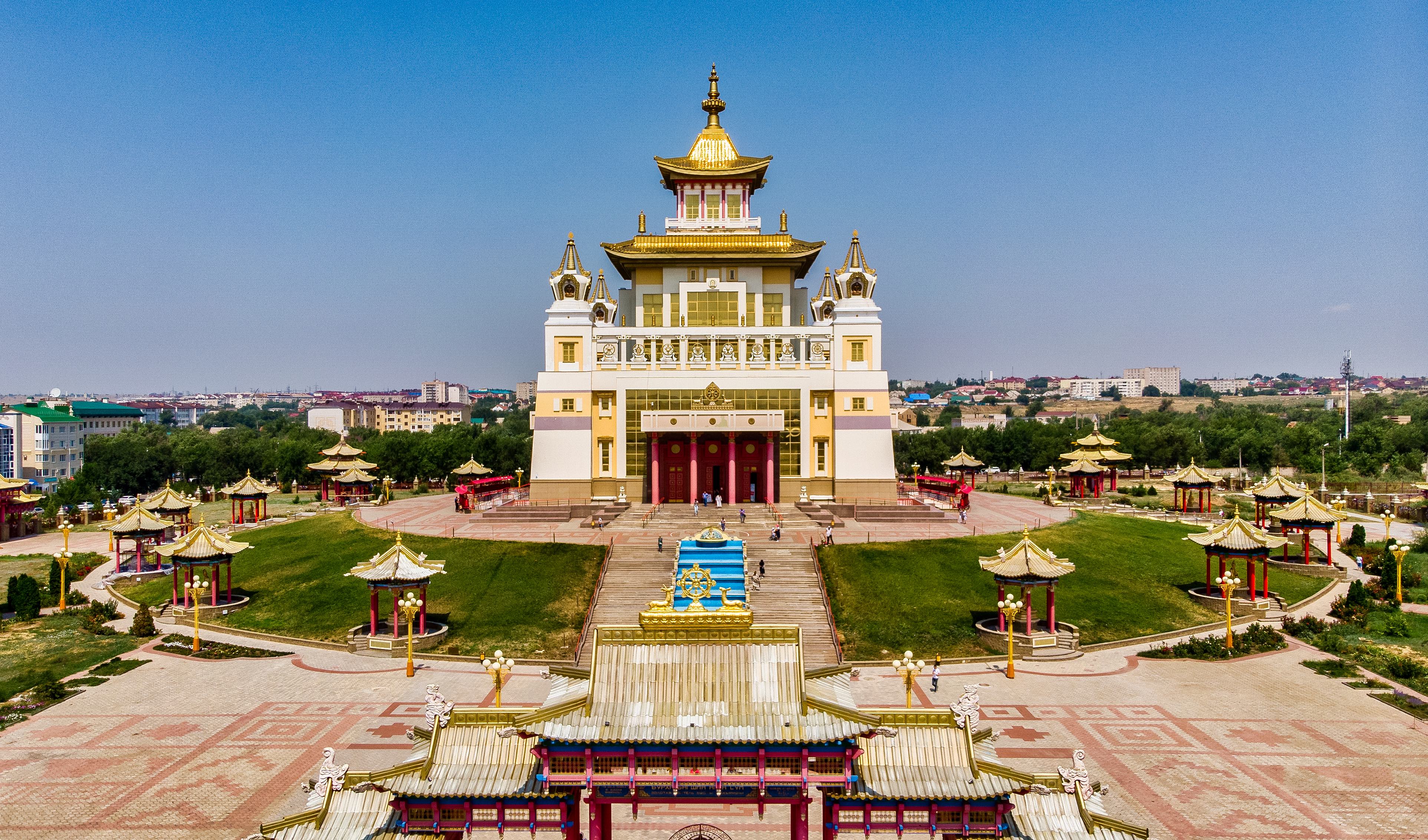 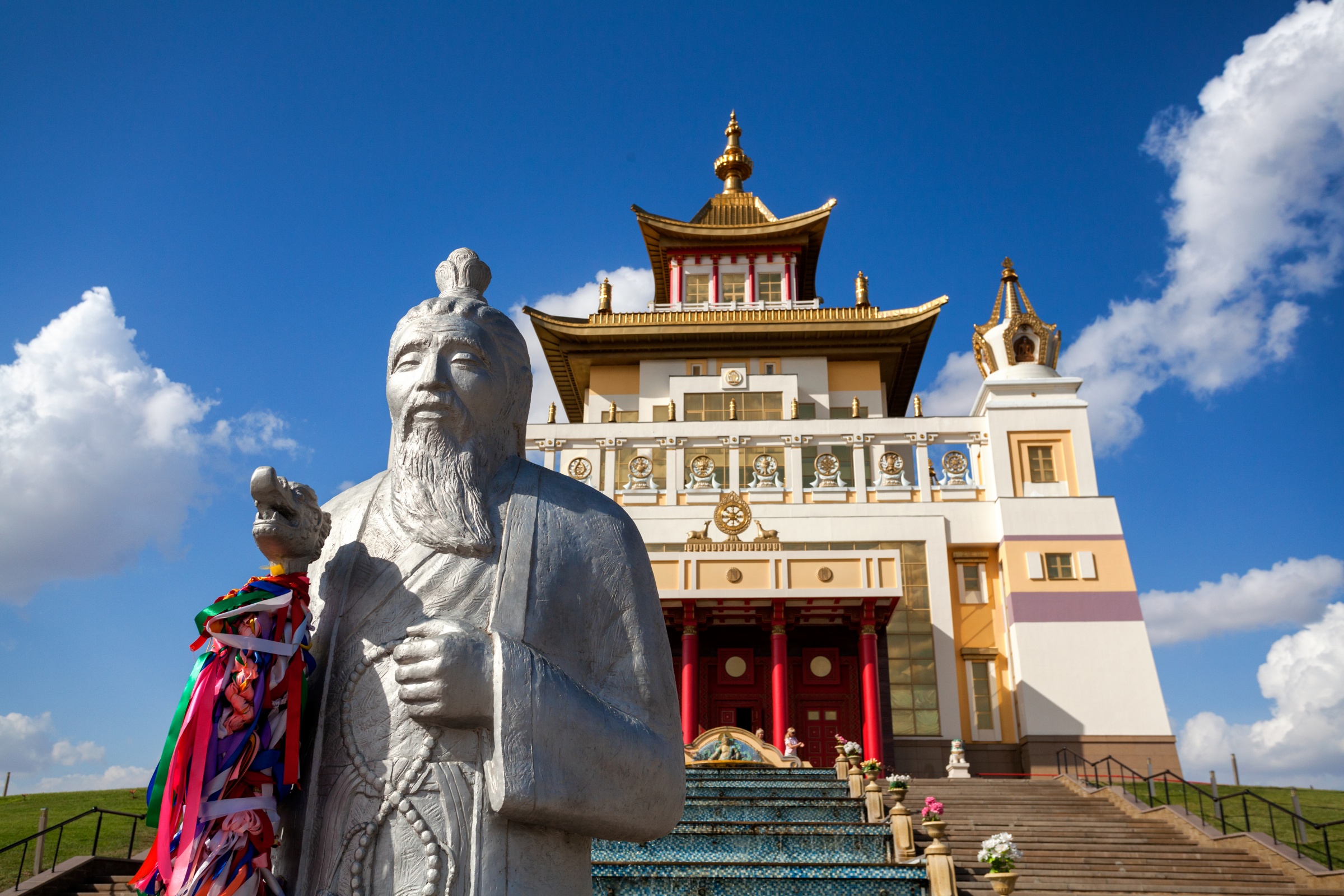 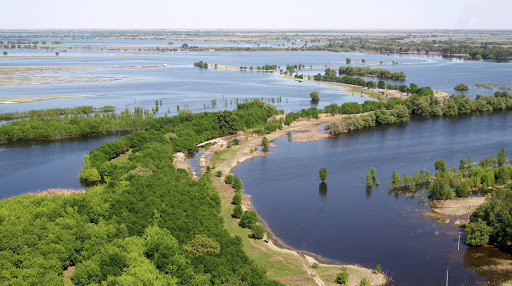 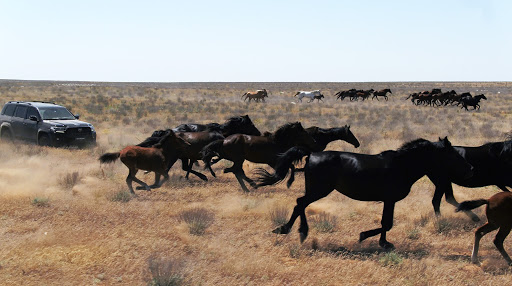 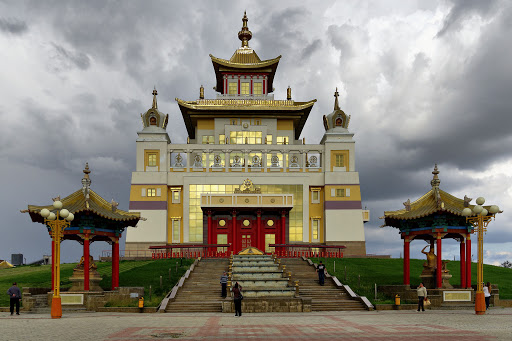 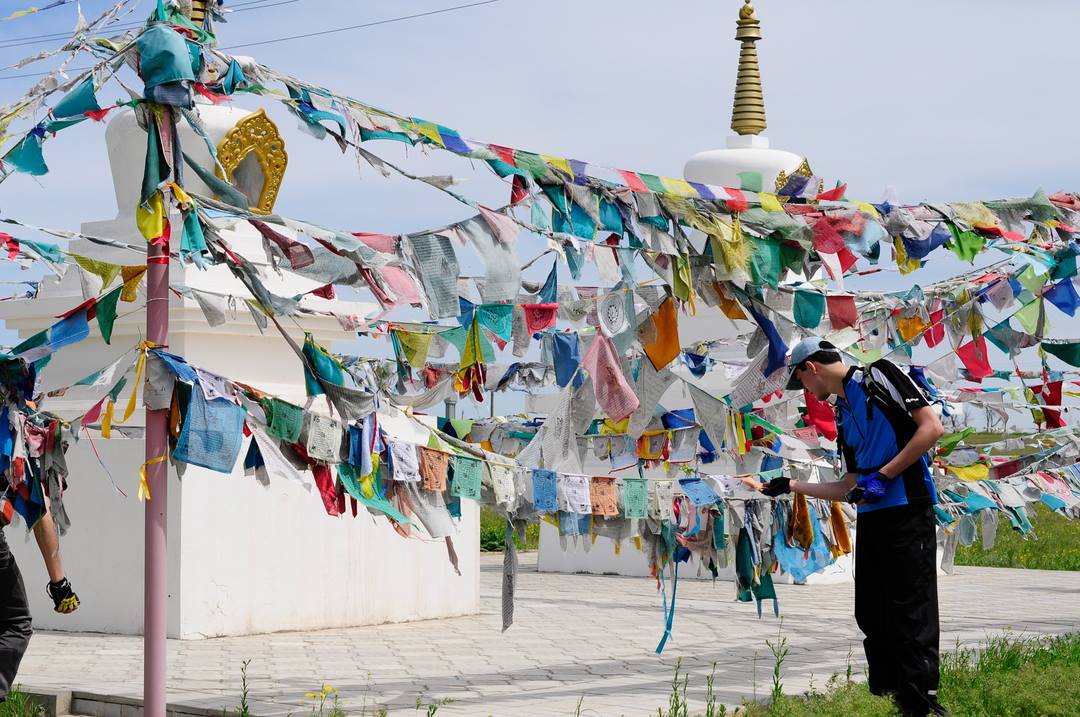 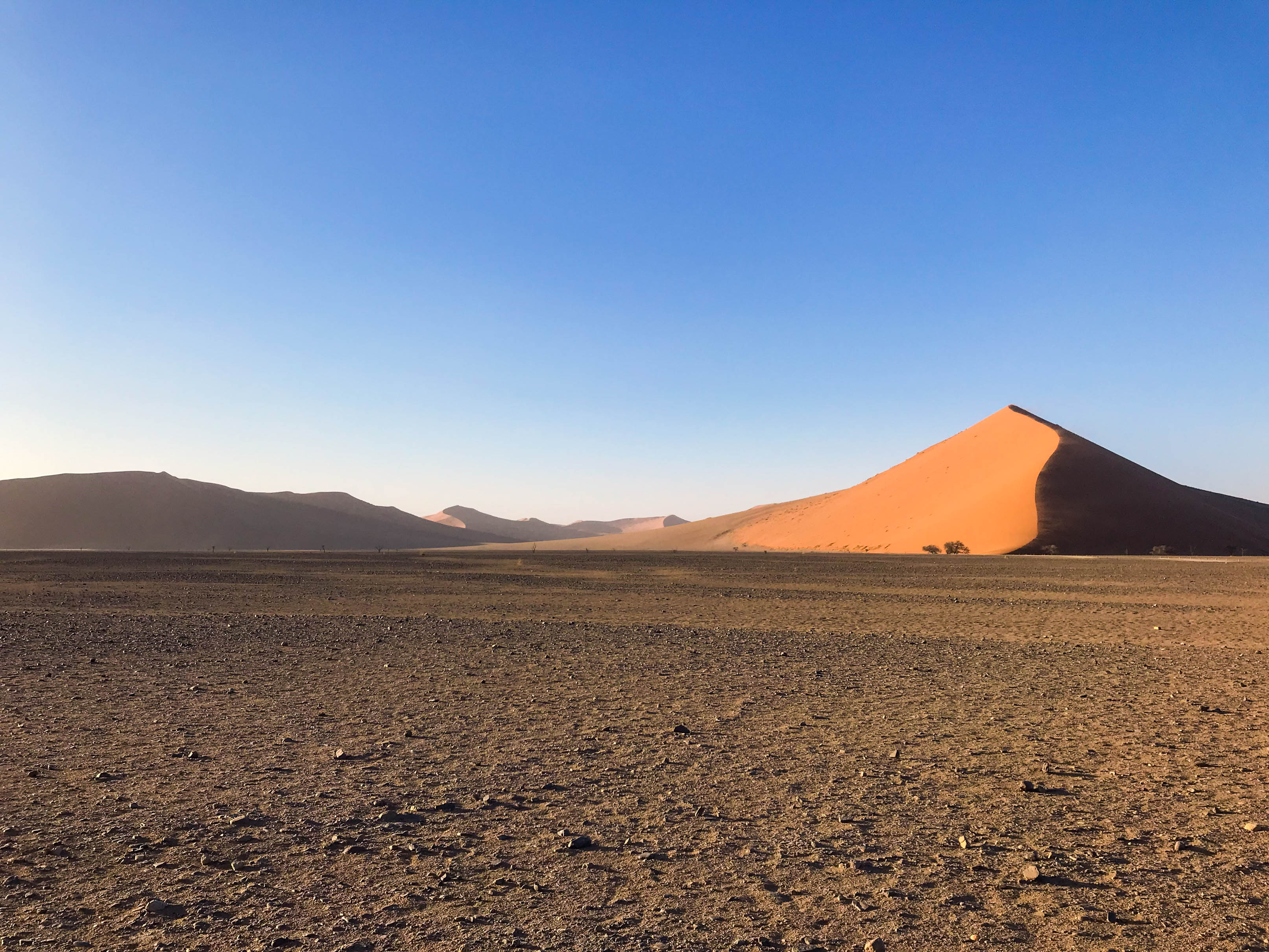 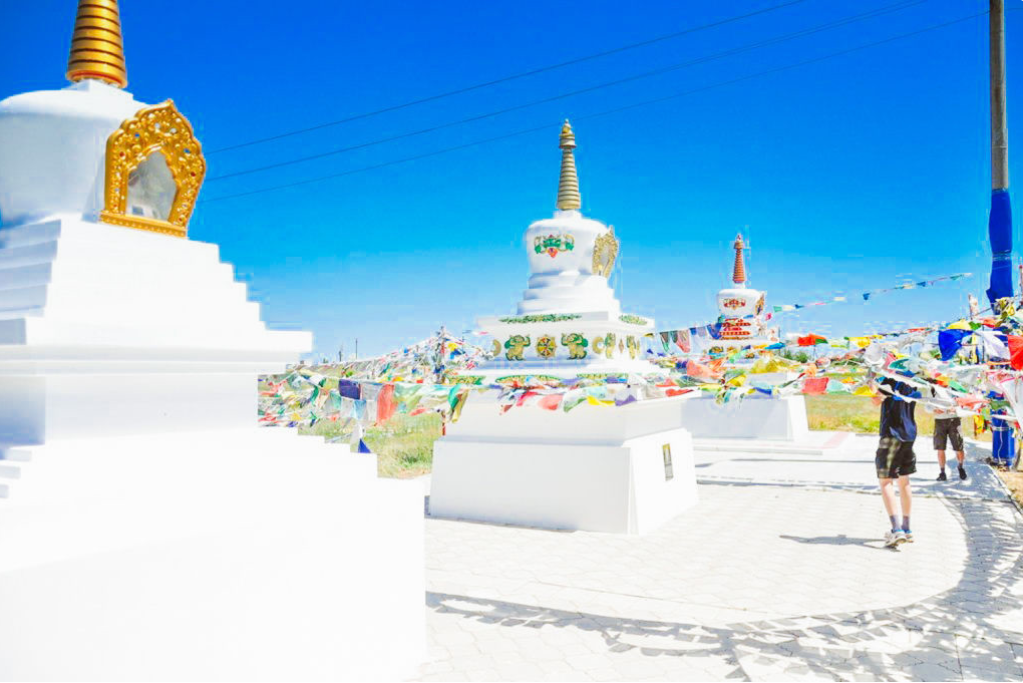 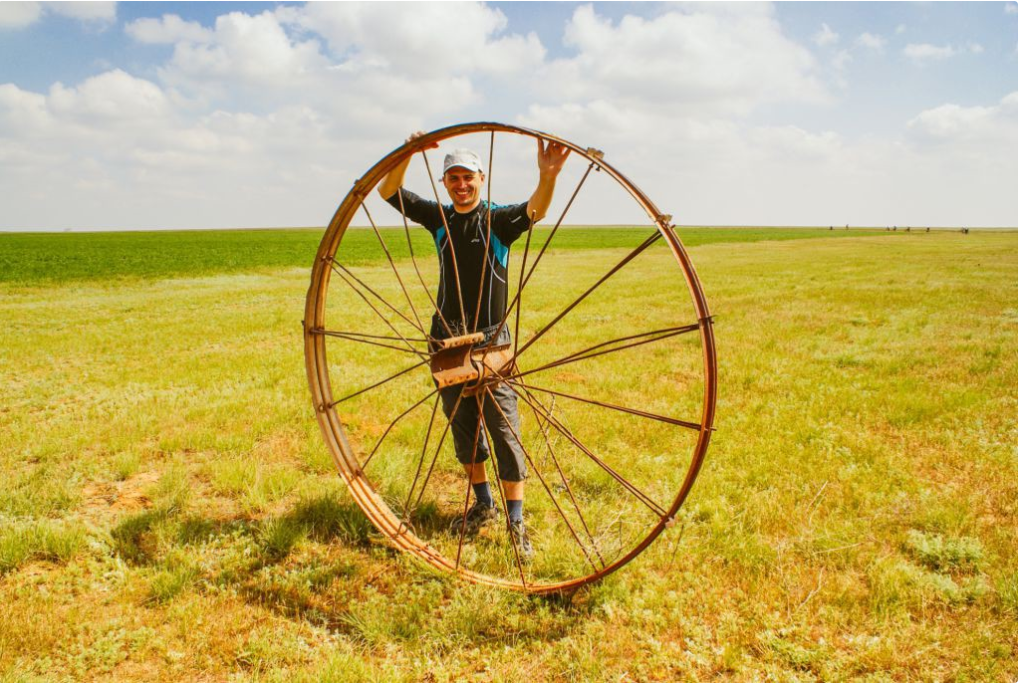 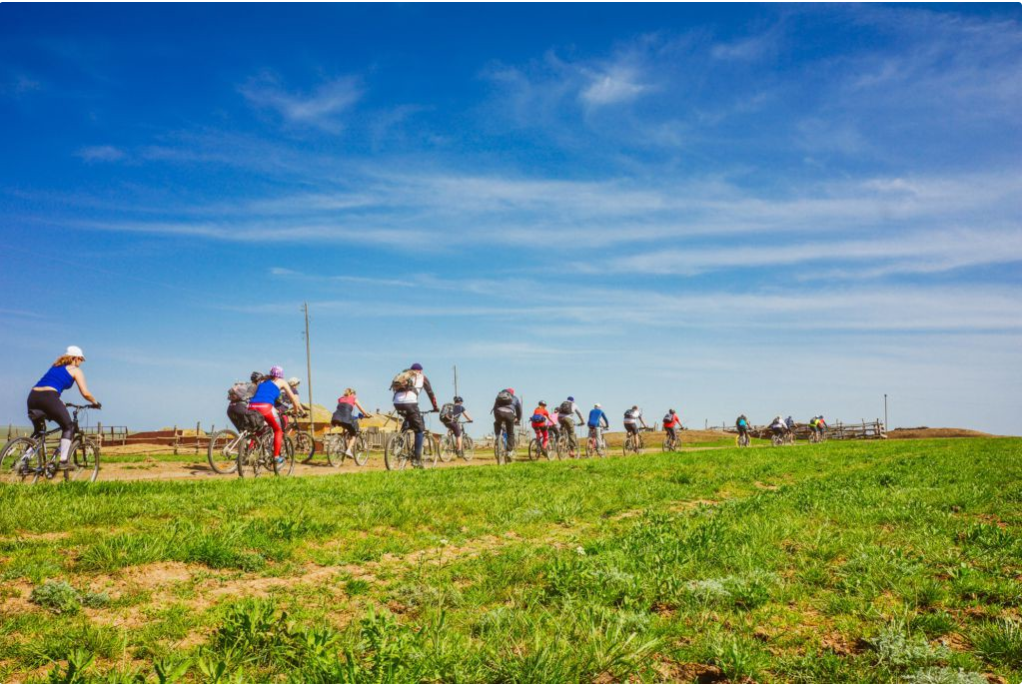 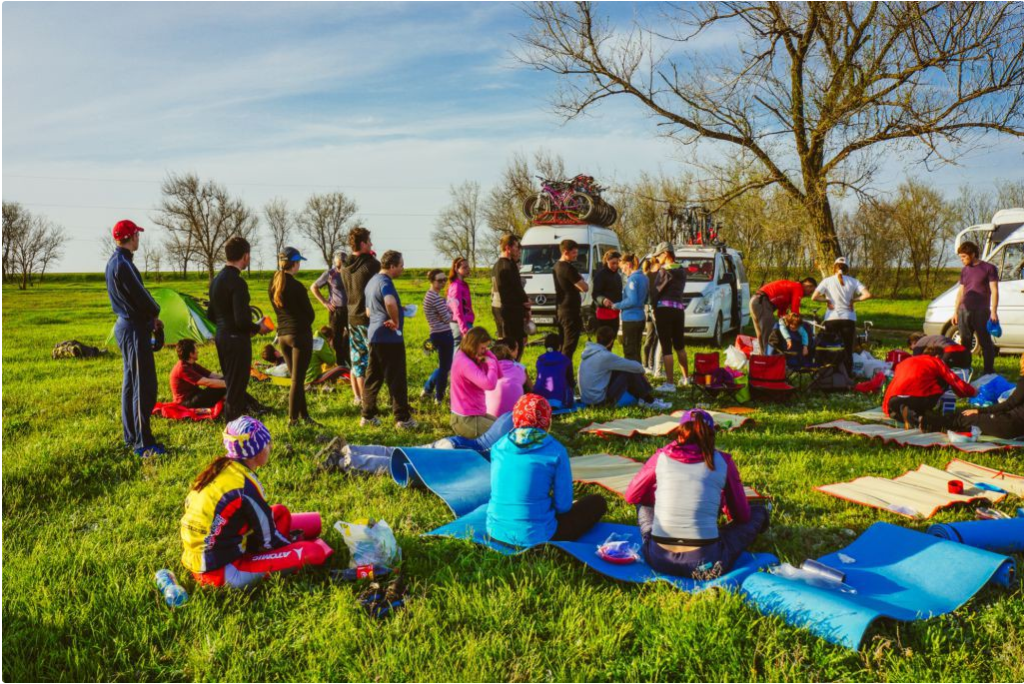 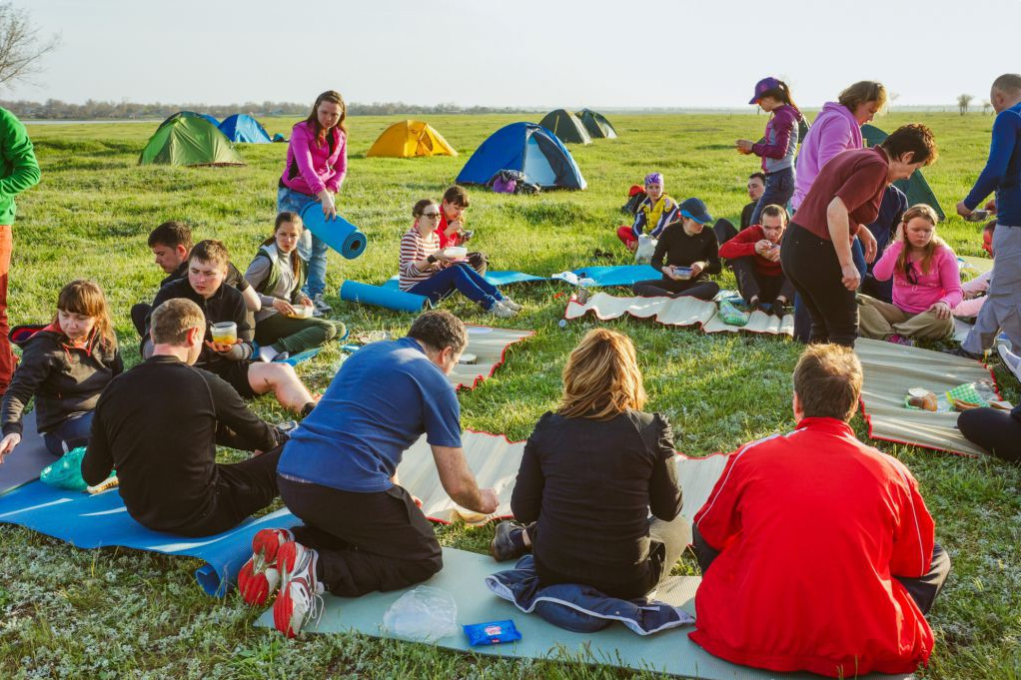 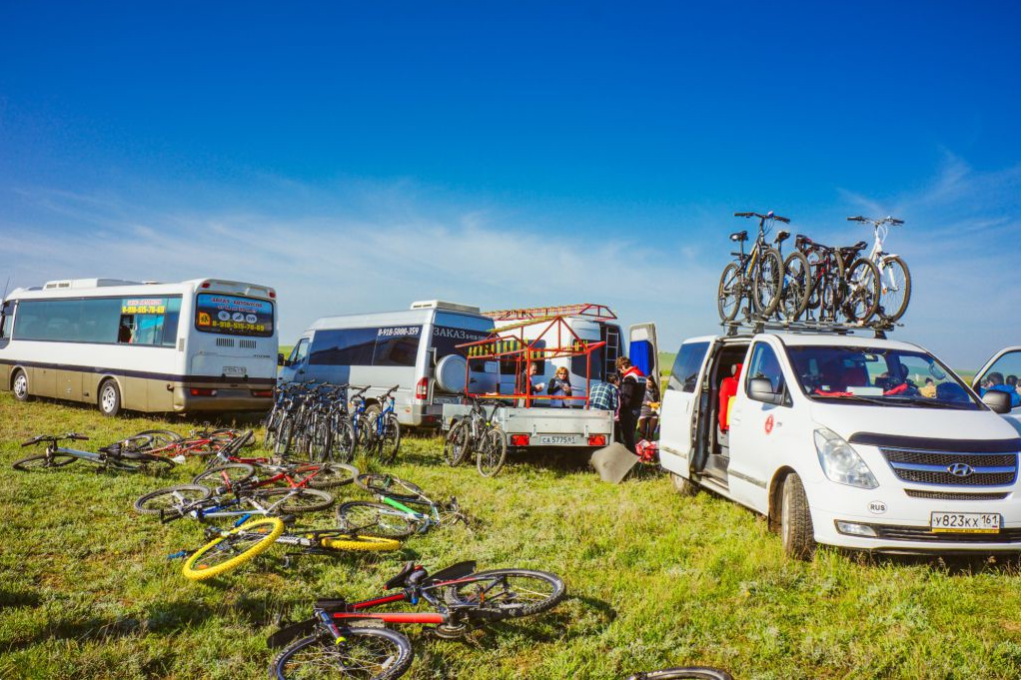 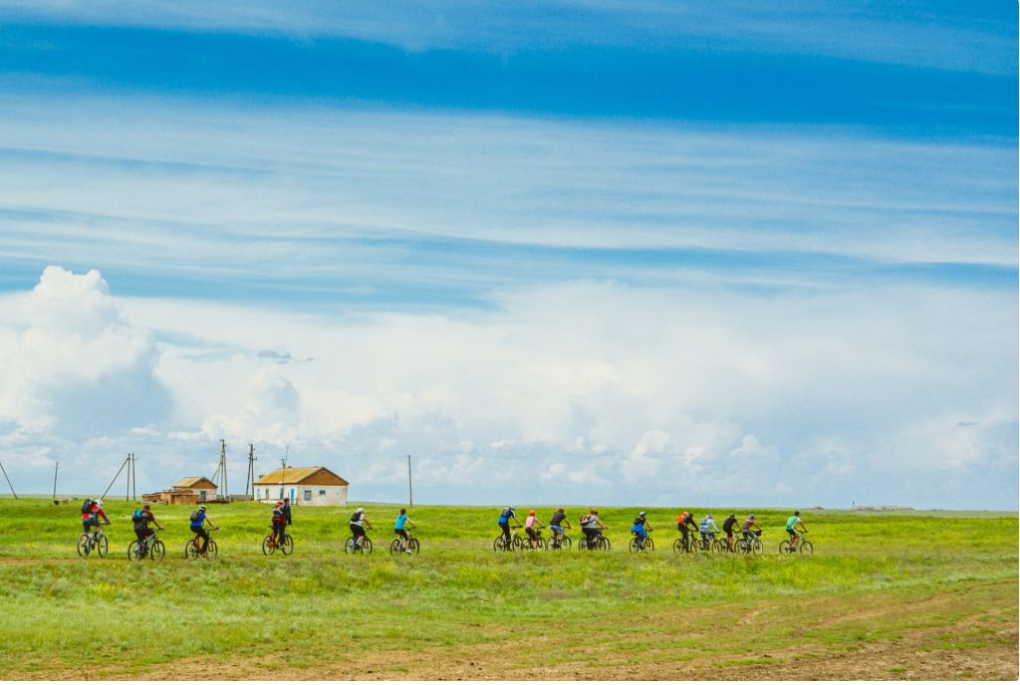 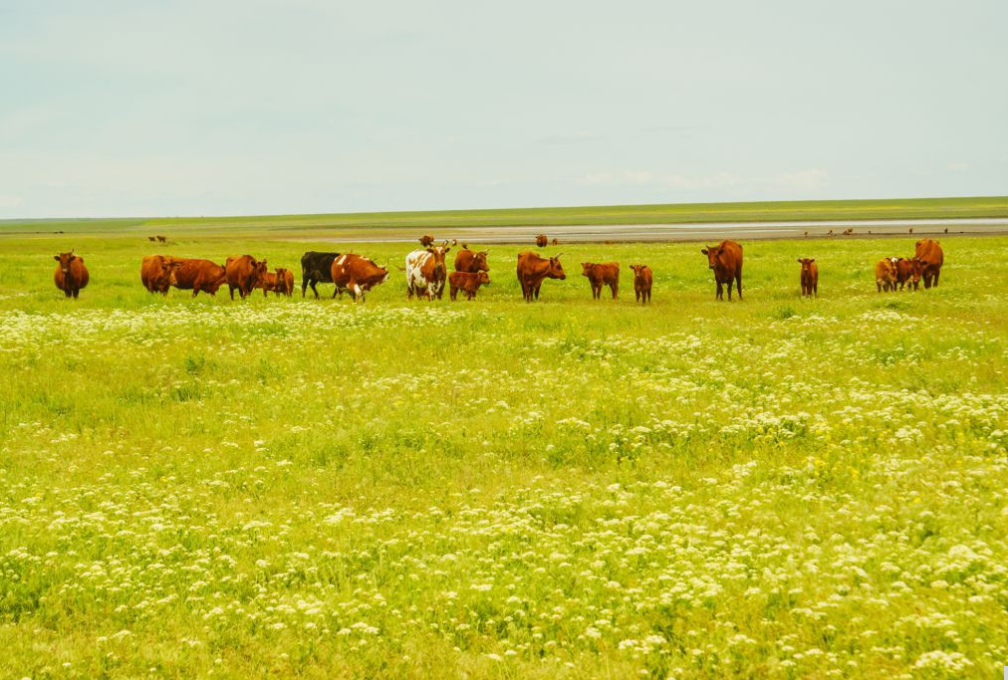 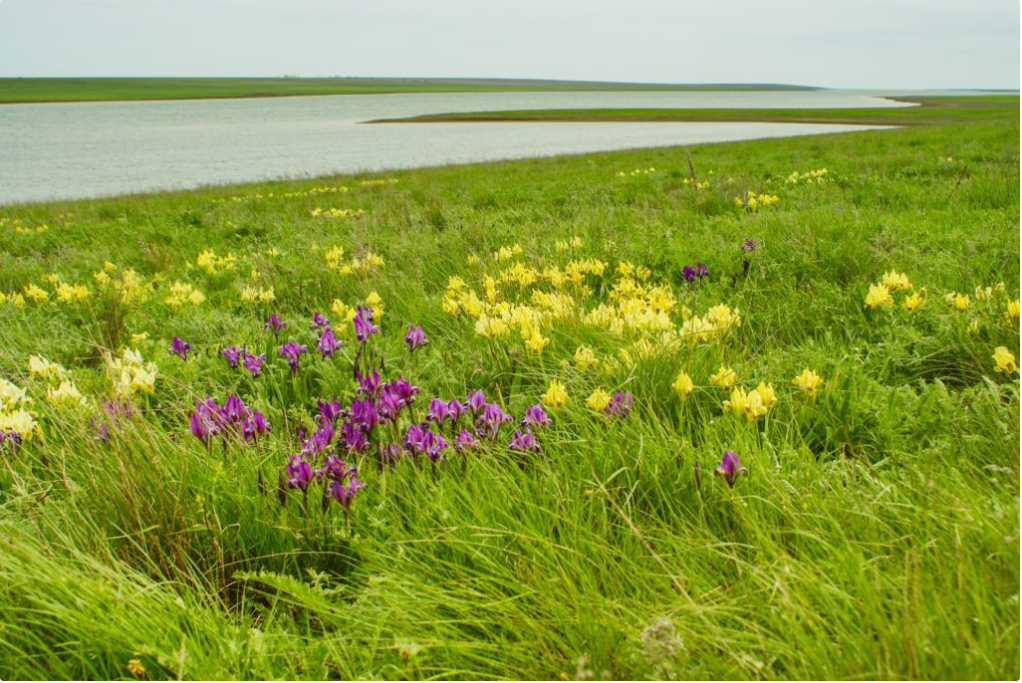 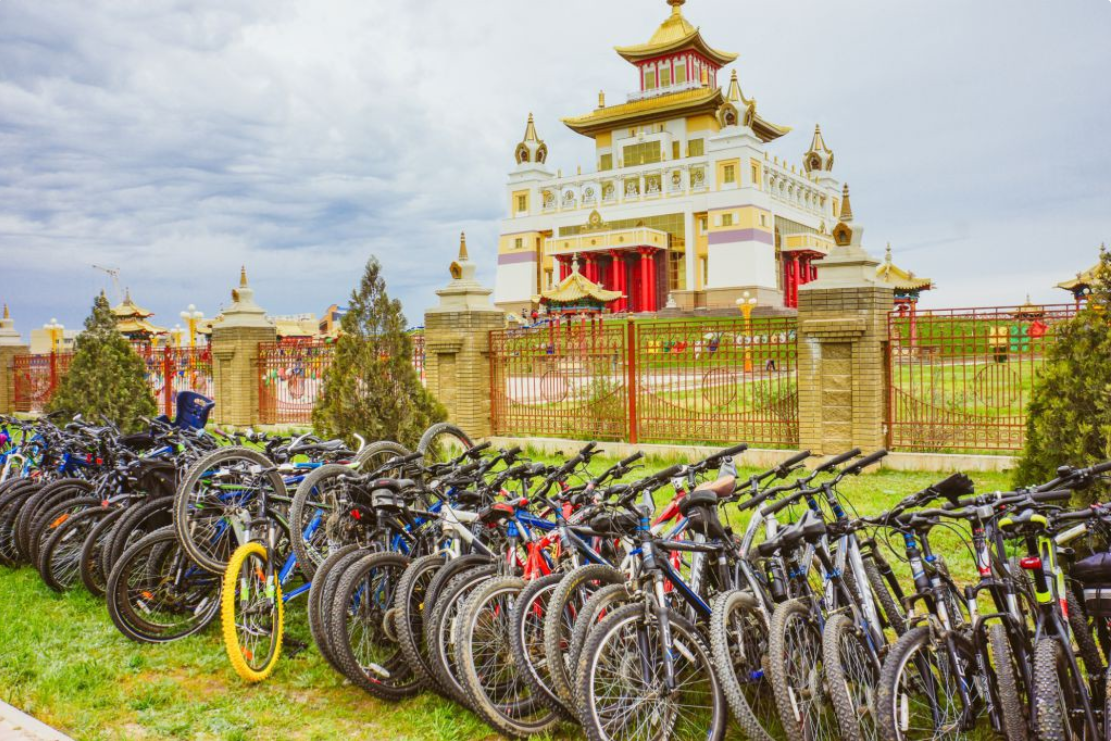 Request more details
The tour organizer Adrenalin-club will contact you and answer all questions.

﻿﻿﻿﻿﻿﻿﻿﻿Tour "New bike tour to Kalmykia". Friends! We would like to offer you a unique bike tour to Kalmykia. Why is it unique and exciting? You will be fascinated and amazed by the vast expanses of the steppe, the "softness" of the desert, the velvety sand, and the abundance of animals. During our journey we:

The program can be changed according to the individual request of the group.
﻿﻿ 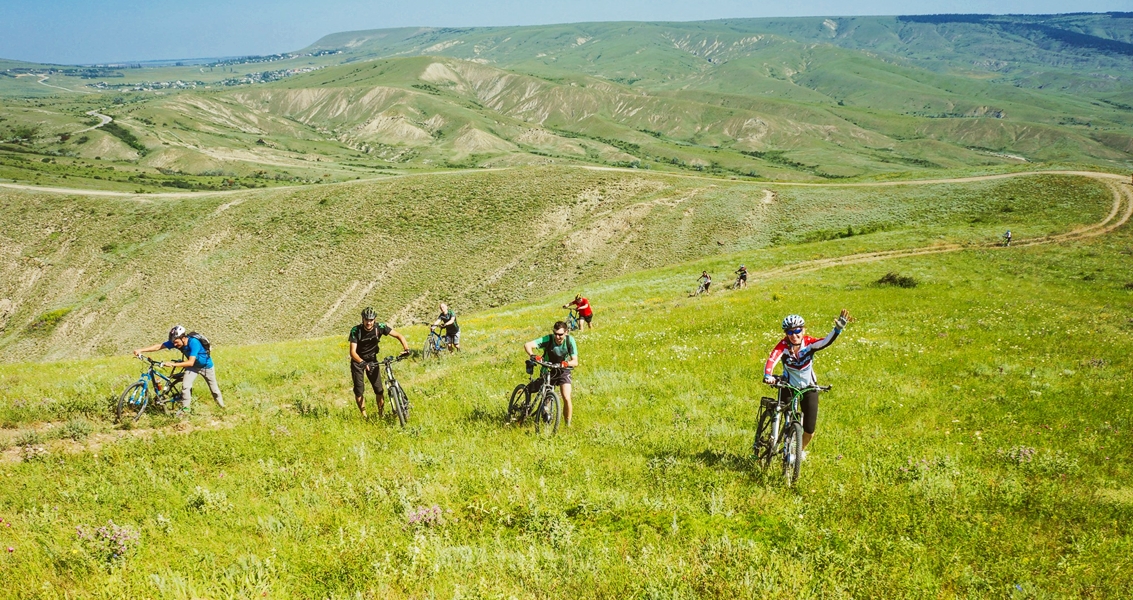 We arrive at the edge of the Black Earth reserve. It is about 600 km from Rostov.

Preparing a camp breakfast, equipping with the cycling clothes, and starting the journey.

We go to search sands, steppe idols, wild animals, and birds. Immediately I want to sharpen your attention, we are going through the unpaved steppes: a hat, a good supply of water, a snack, and sunscreen are required! There is practically no height difference. The length of the cycling route is about 30-40 km. Almost along the entire route, the group is followed by an escort car. Friends, if you have binoculars, take them with you))). I will not describe the flora and fauna of the steppe and desert places, you can read it on the internet, but it is better to see everything in person! 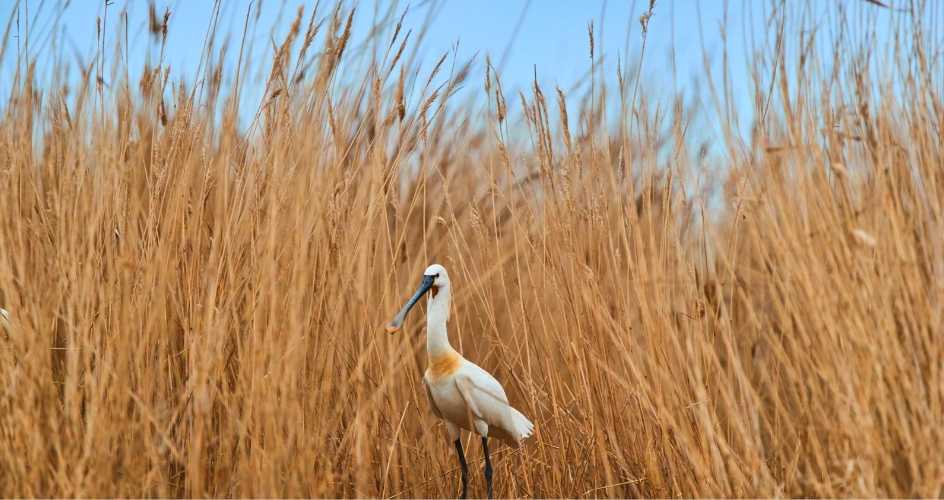 After the bike trip, we load into the club bus and go to the overnight place near Elista.

The next day we will devote ourselves to enlightenment, or rather we sit on our bicycles and go to the sights of Elista. The length of the route is short, about 15 km. This day will be devoted to Buddhist architecture and culture. Elista is known for the largest Buddhist temple in Russia and Europe - tthe Burkhan Bakshin Altan Sume ("The Golden Abode of the Buddha Shakyamuni"). The name of the temple was given by the Dalai Lama himself. Buddhists say that if you go around this khurul one or three times, rotating prayer wheels and reciting mantras, then a person's spiritual merits will increase. In the khurul itself, there is a large golden statue of Buddha - 9 meters high. By the way, Elista is positioned as the Buddhist capital of Europe. There is a garden with flowers, fountains, statues of great Buddhist teachers. 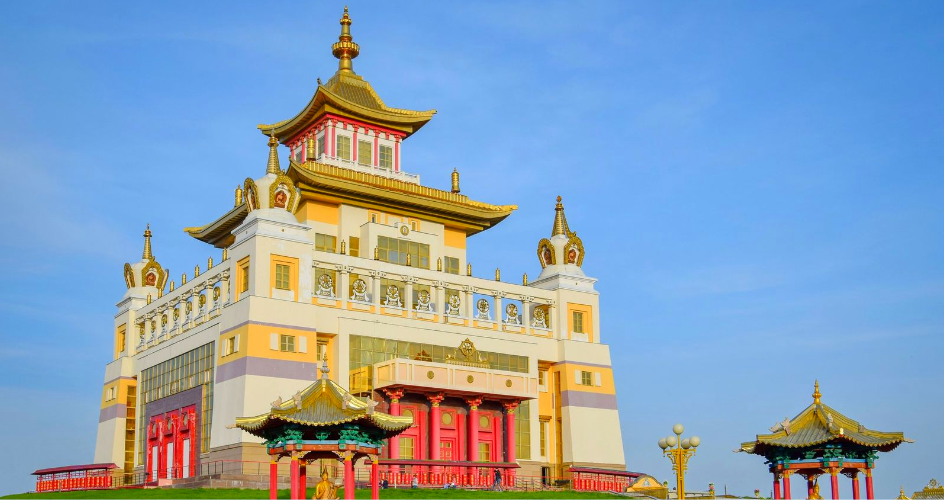 We will also visit the main square, where now (instead of Lenin) rises the most beautiful "gazebo" - "Pagoda of 7 Days", with a gift from the Dalai Lama - the prayer drum filled with 30 million Buddhist mantras. The drum itself was brought from India. Another attraction and pride is the City of Chess. At the entrance to the chess palace, there is a stupa of enlightenment, it is worth visiting and taking a photo. 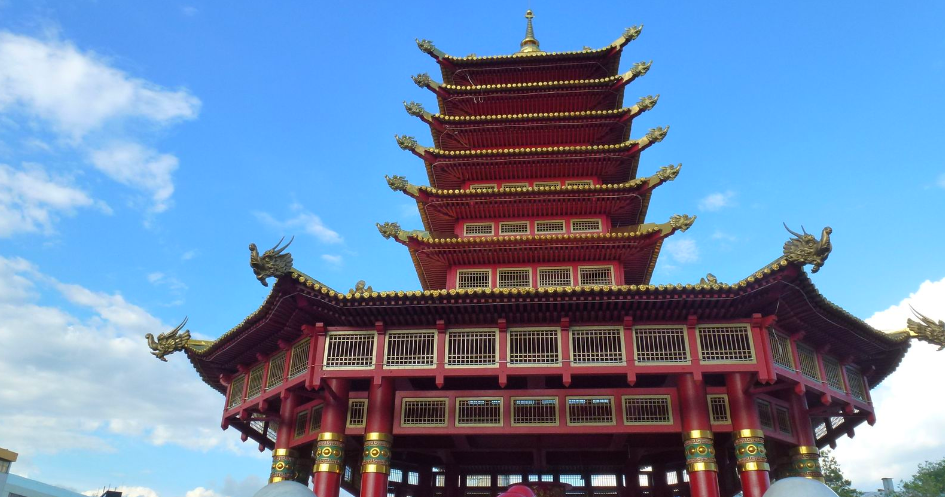 We will visit the first Buddhist temple in Elista, the old Khurul or "The holy abode of the theory and practice of the Gelug school." The temple is located outside the city, in a very calm and attractive place.  A statue of Buddha stands in the center of the temple. The walls are painted with Tibetan tanka painting. The painting tells about various scenes from the Buddhist tradition. And of course, we will taste the local national cuisine.

We board the club bus and go to the next overnight place. To "Lake Manych-Gudilo".

The task of the third day is to ride on dirt steppe roads along the Manych-Gudilo lake, the total length is about 40 km. An experienced instructor will accompany you throughout the route. On the route, you will only need to take a camera, some water, and a good mood. The cycle route is divided into two sections.

The first section is about 12 km, goes along dirt roads along the picturesque Manych-Gudilo lake. Blooming steppe, peaceful landscape views. The route is not difficult, but there are several small climbs. At this point, the escort car follows you. Here you can check your bikes and decide if you are ready for the second stage. 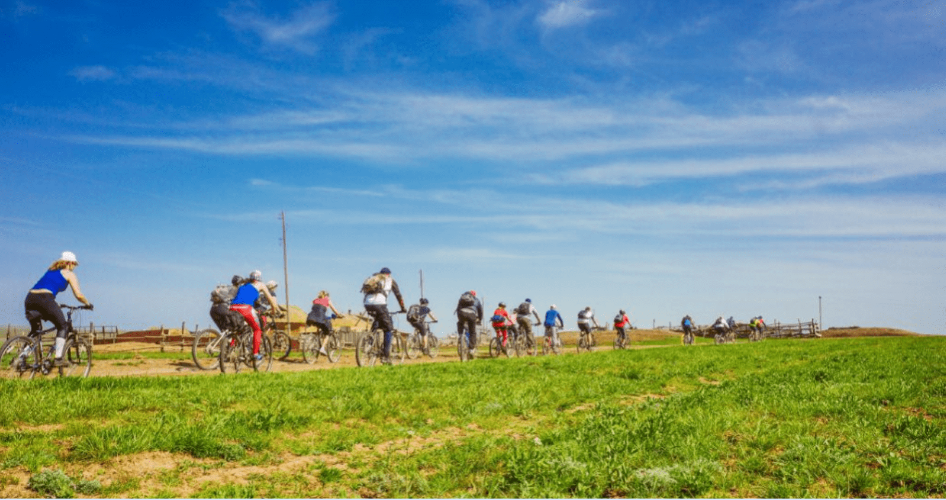 The second stage of the cycle route is about 30 km. Dirt roads are mostly flat. Here you will see stunning views of the Kalmyk steppe and amazing multi-colored streams. At this stage, the group will be accompanied by only an instructor who will assist. The escort car will meet you at the endpoint. 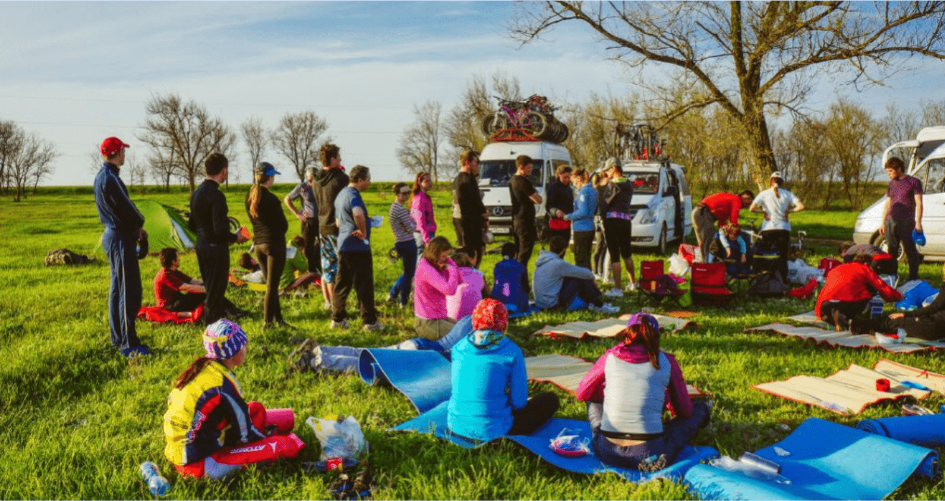