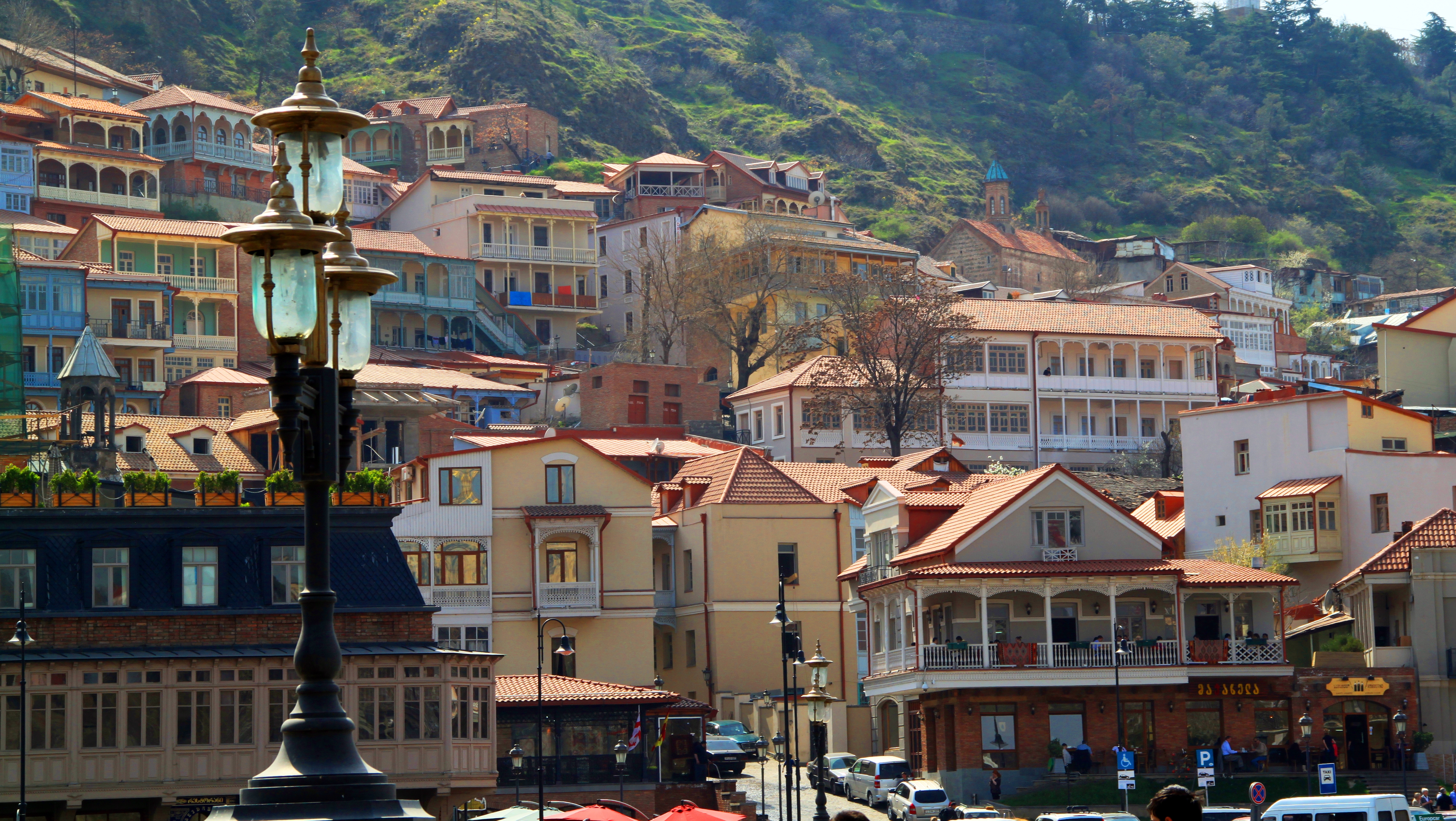 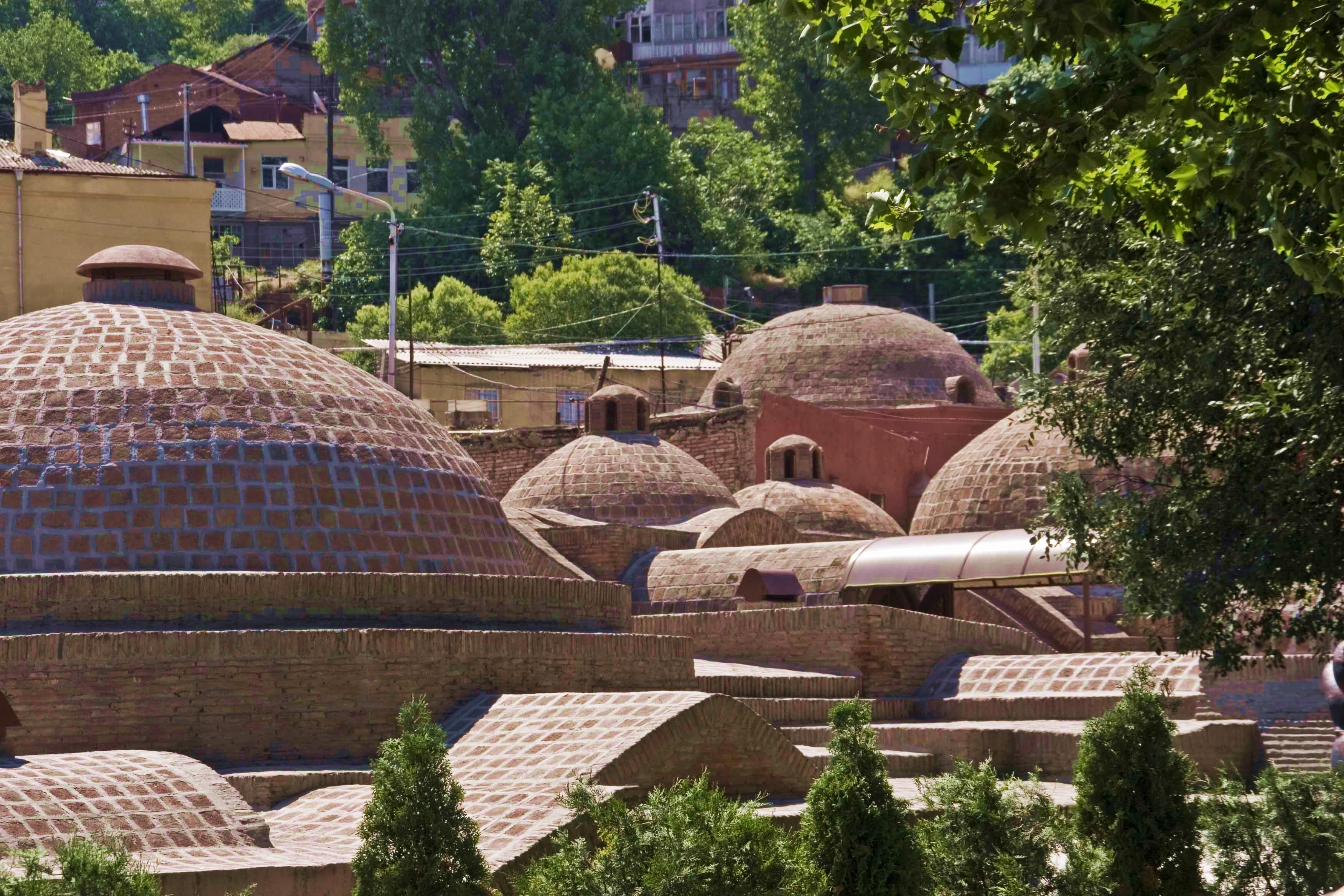 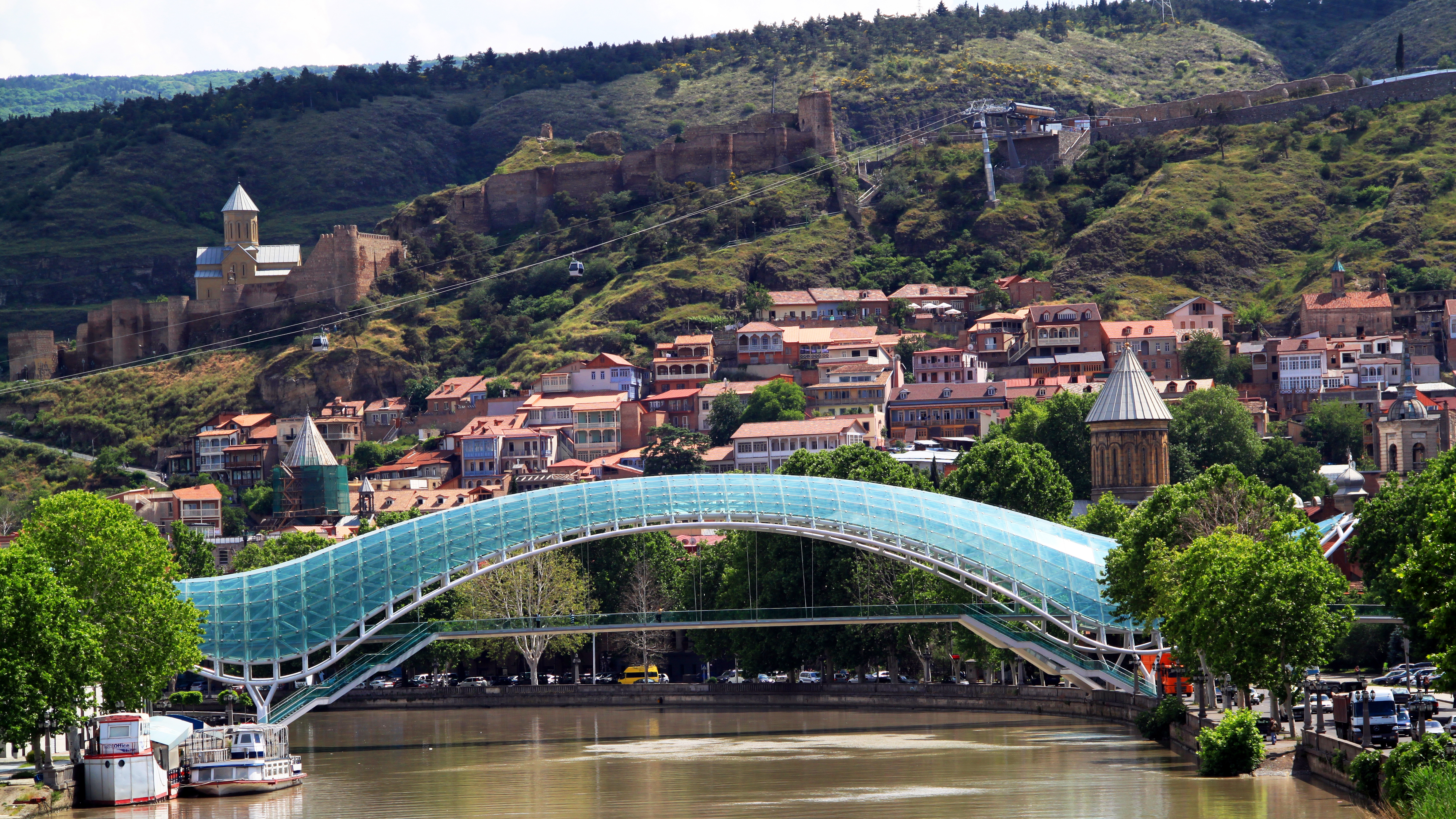 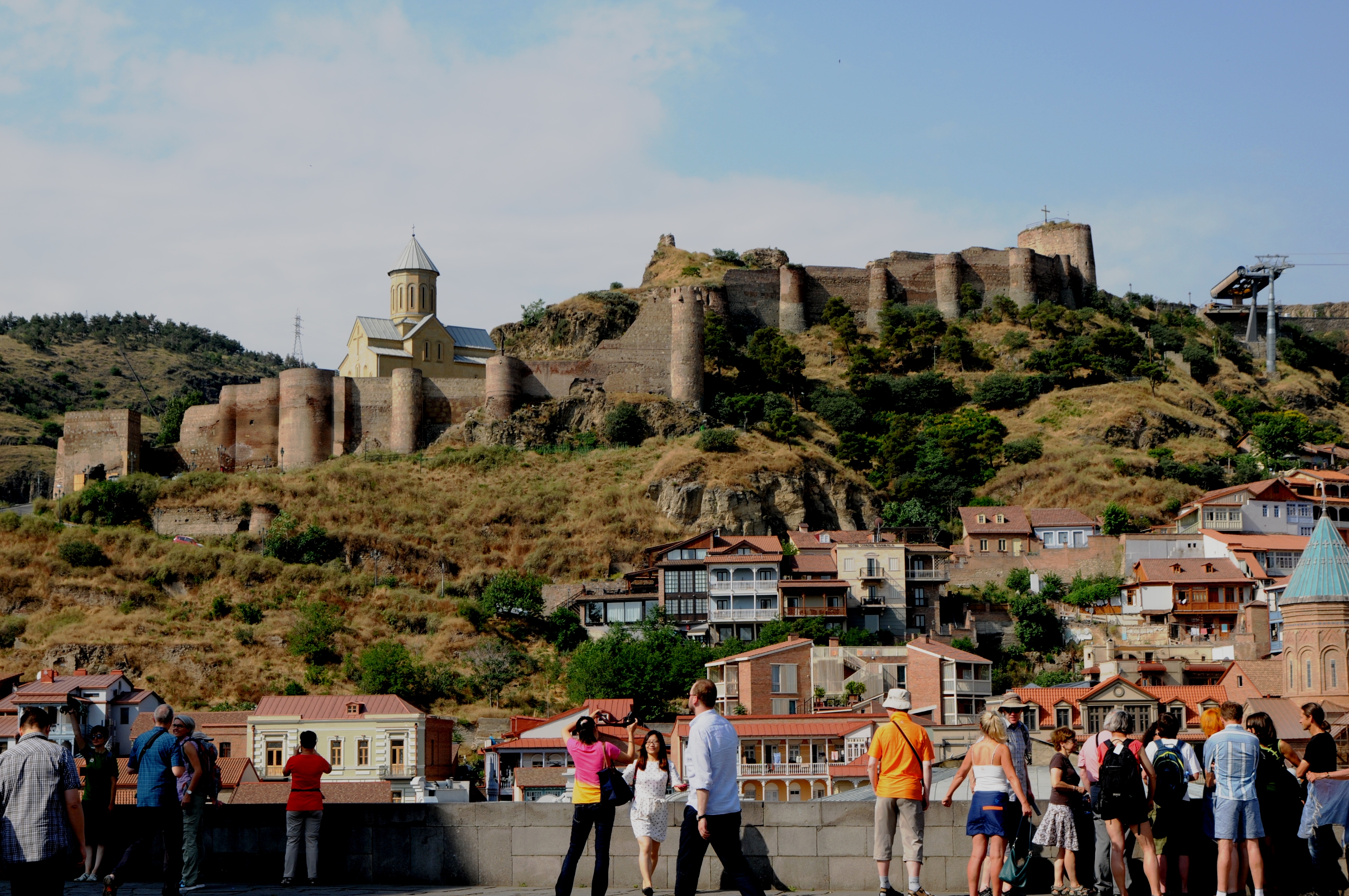 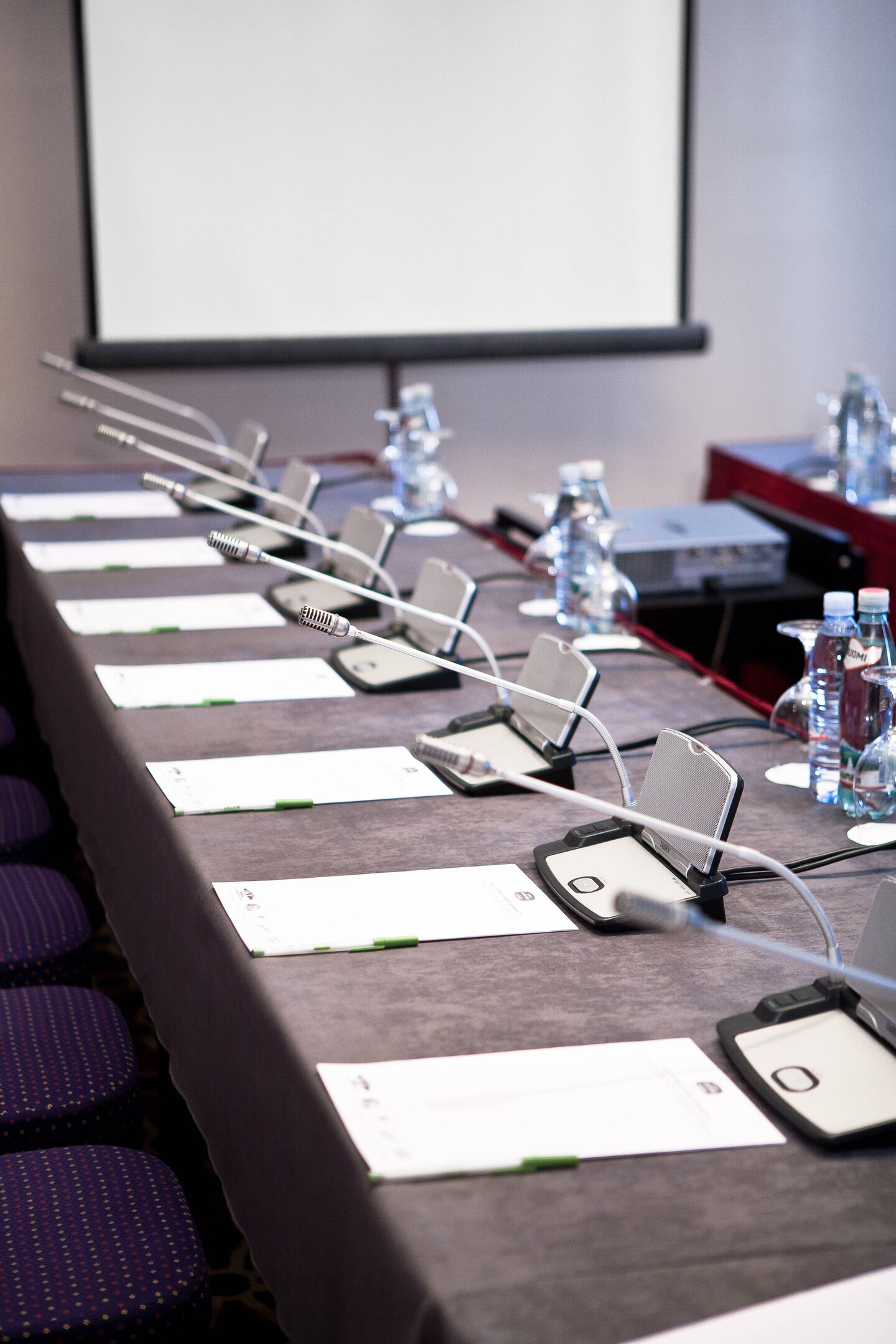 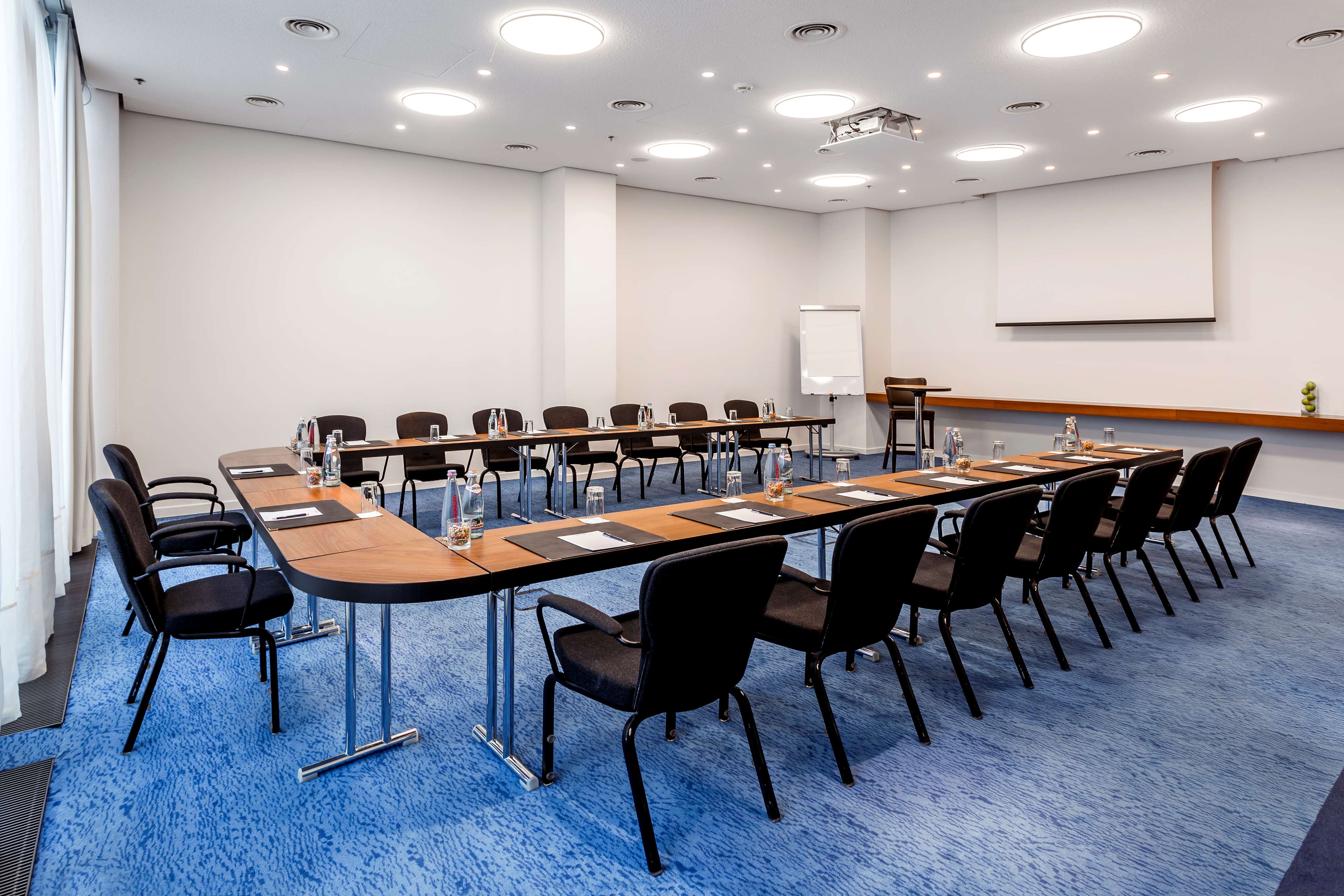 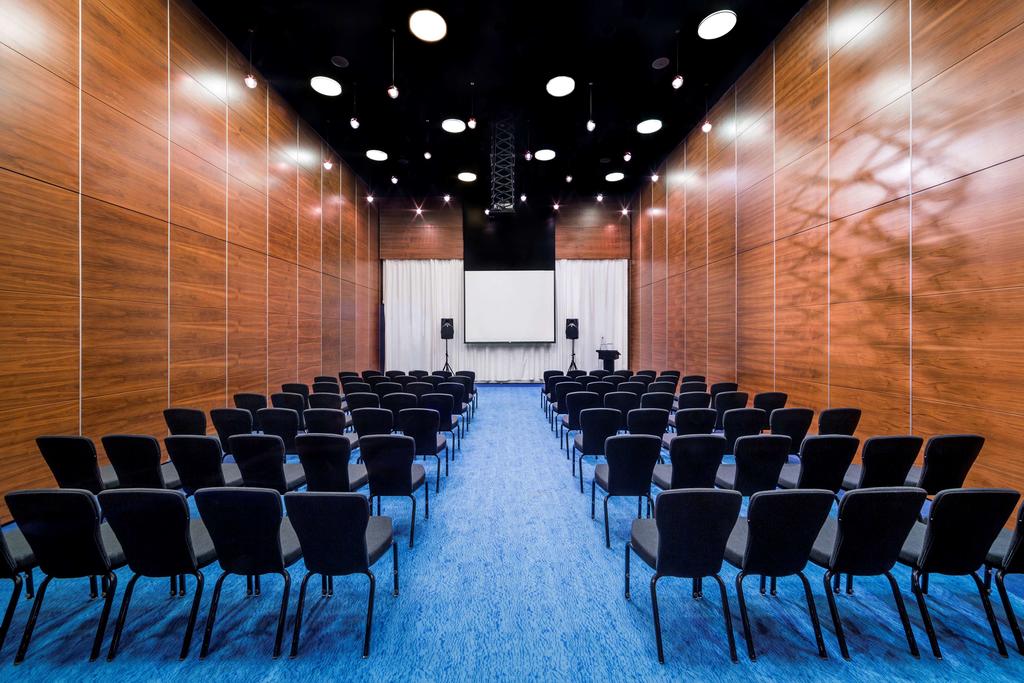 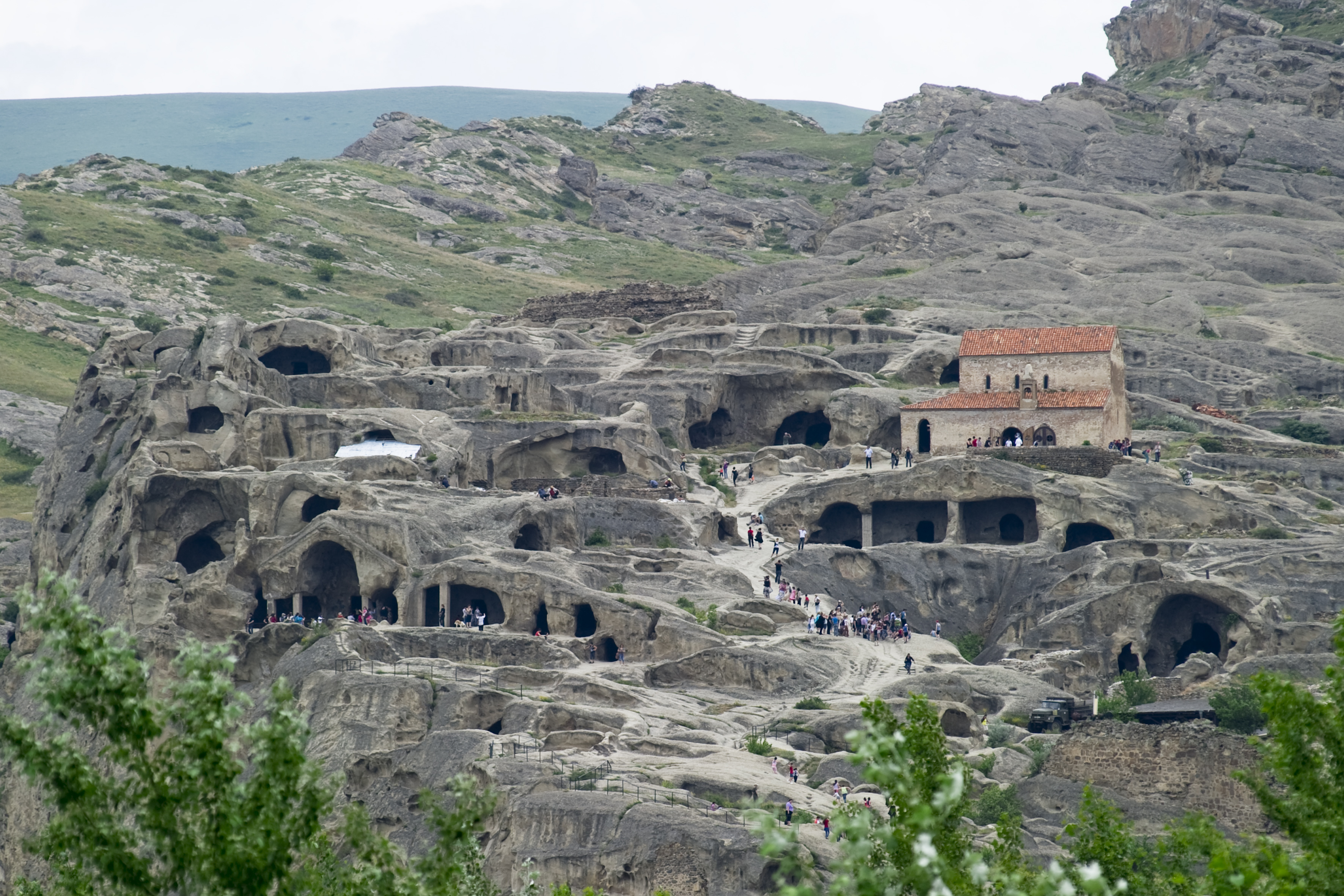 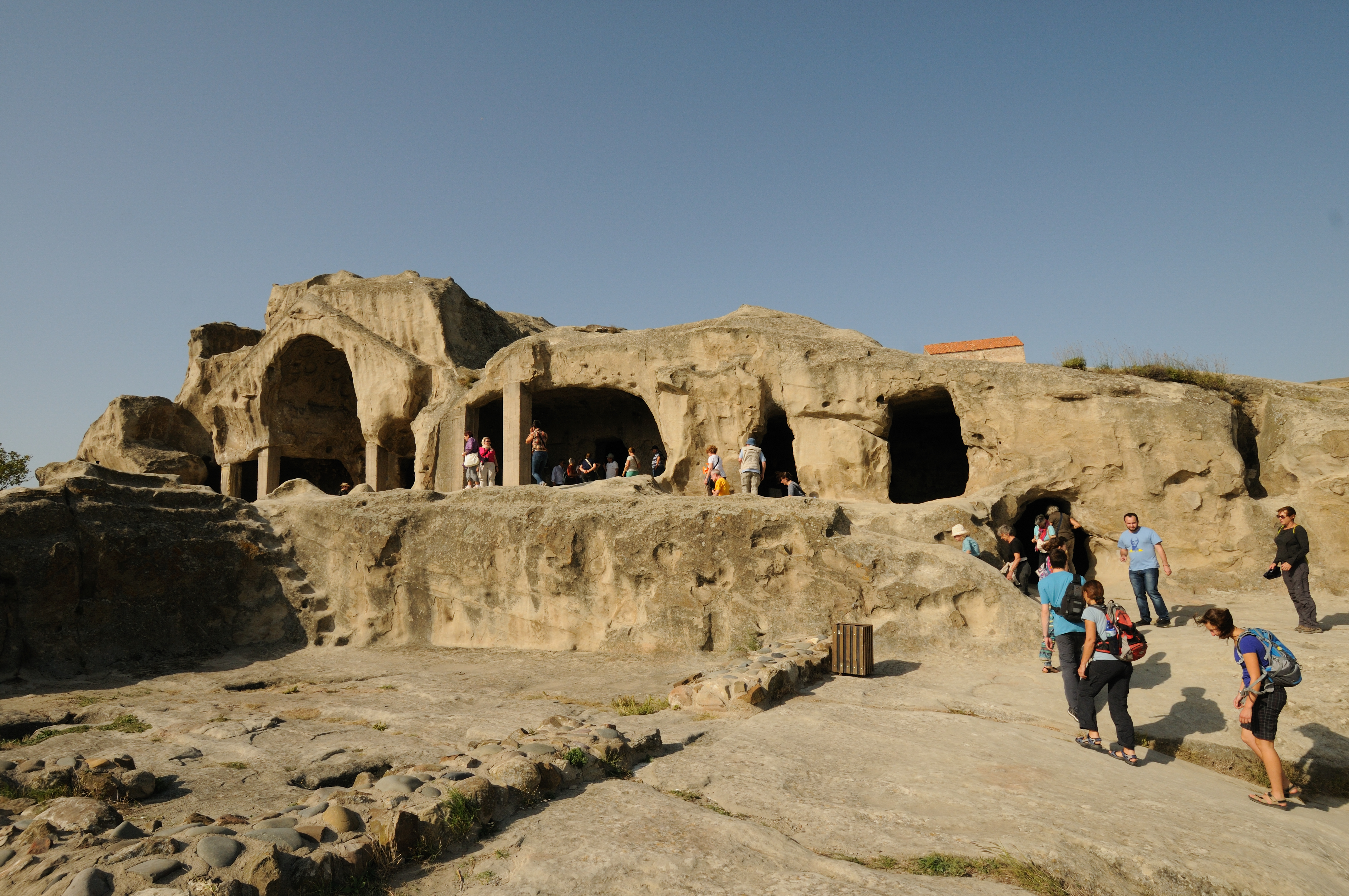 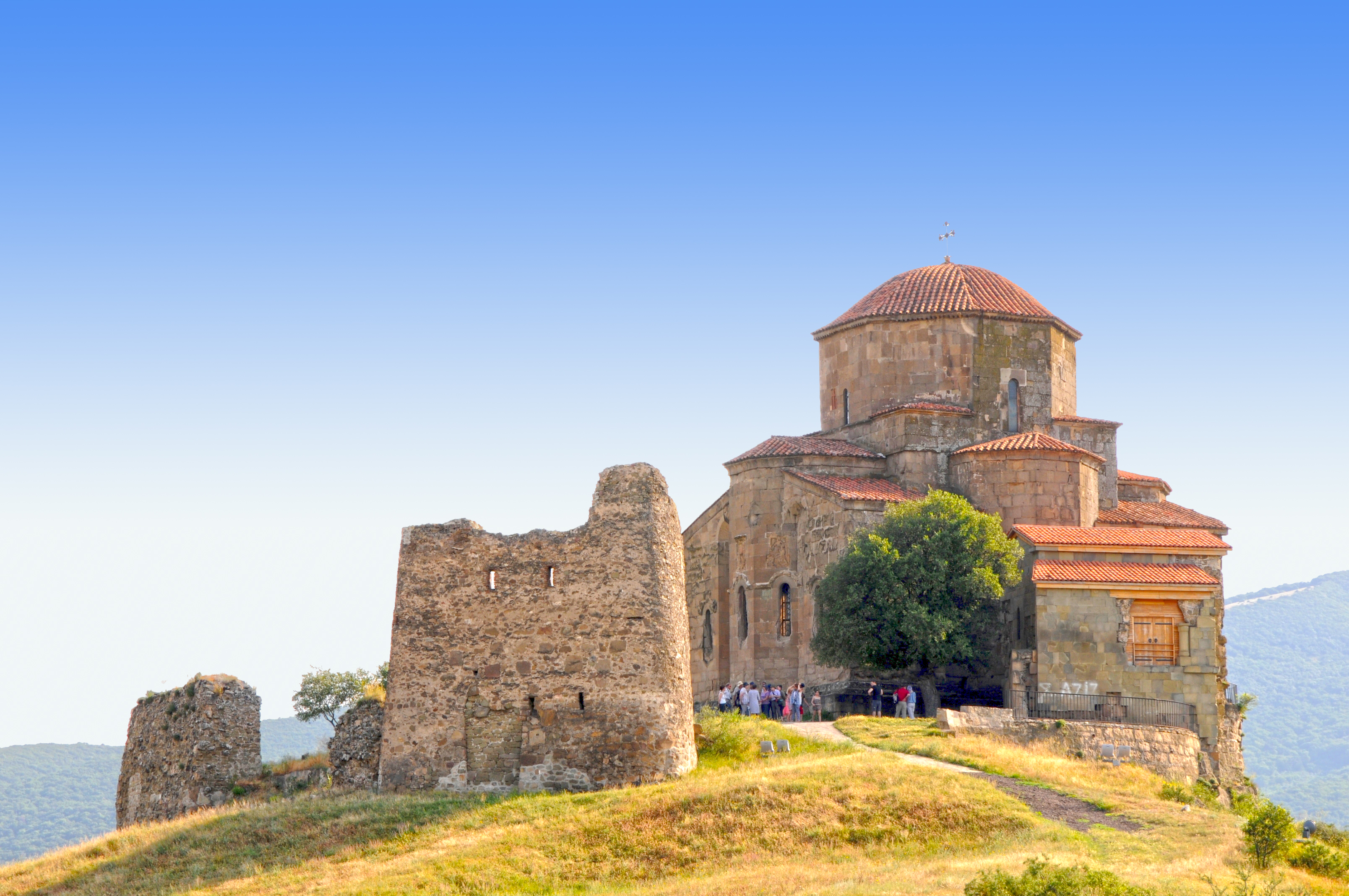 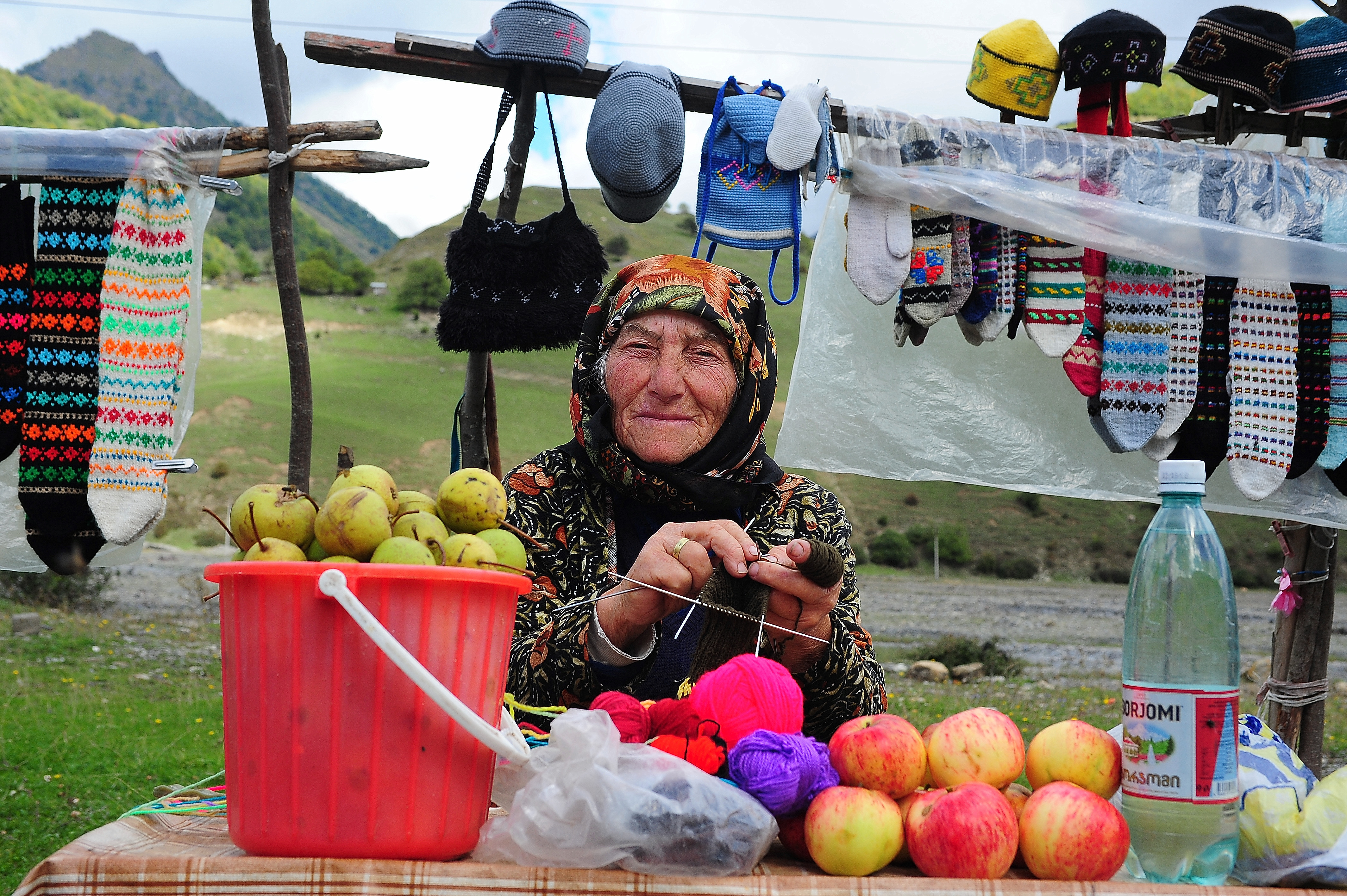 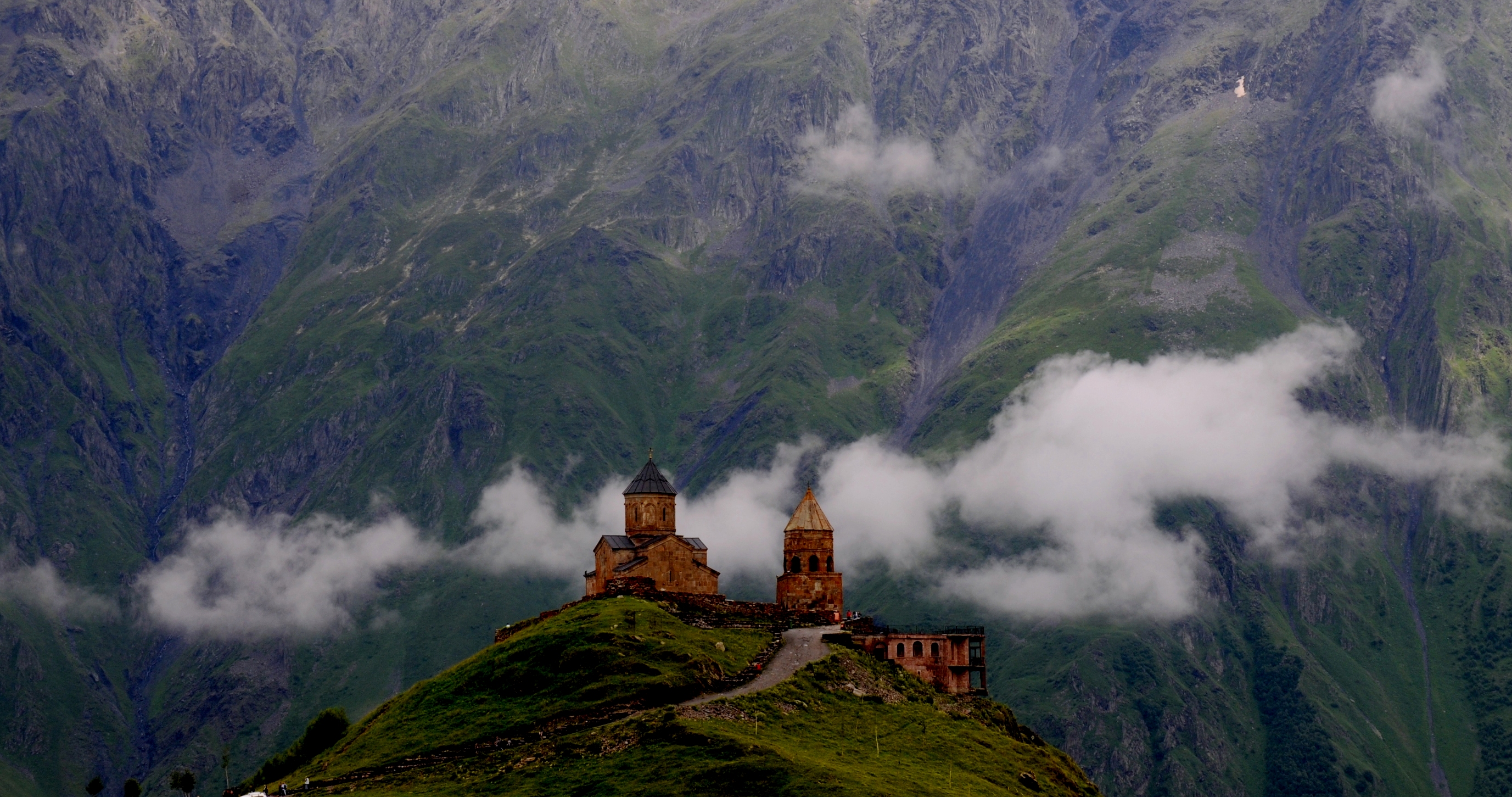 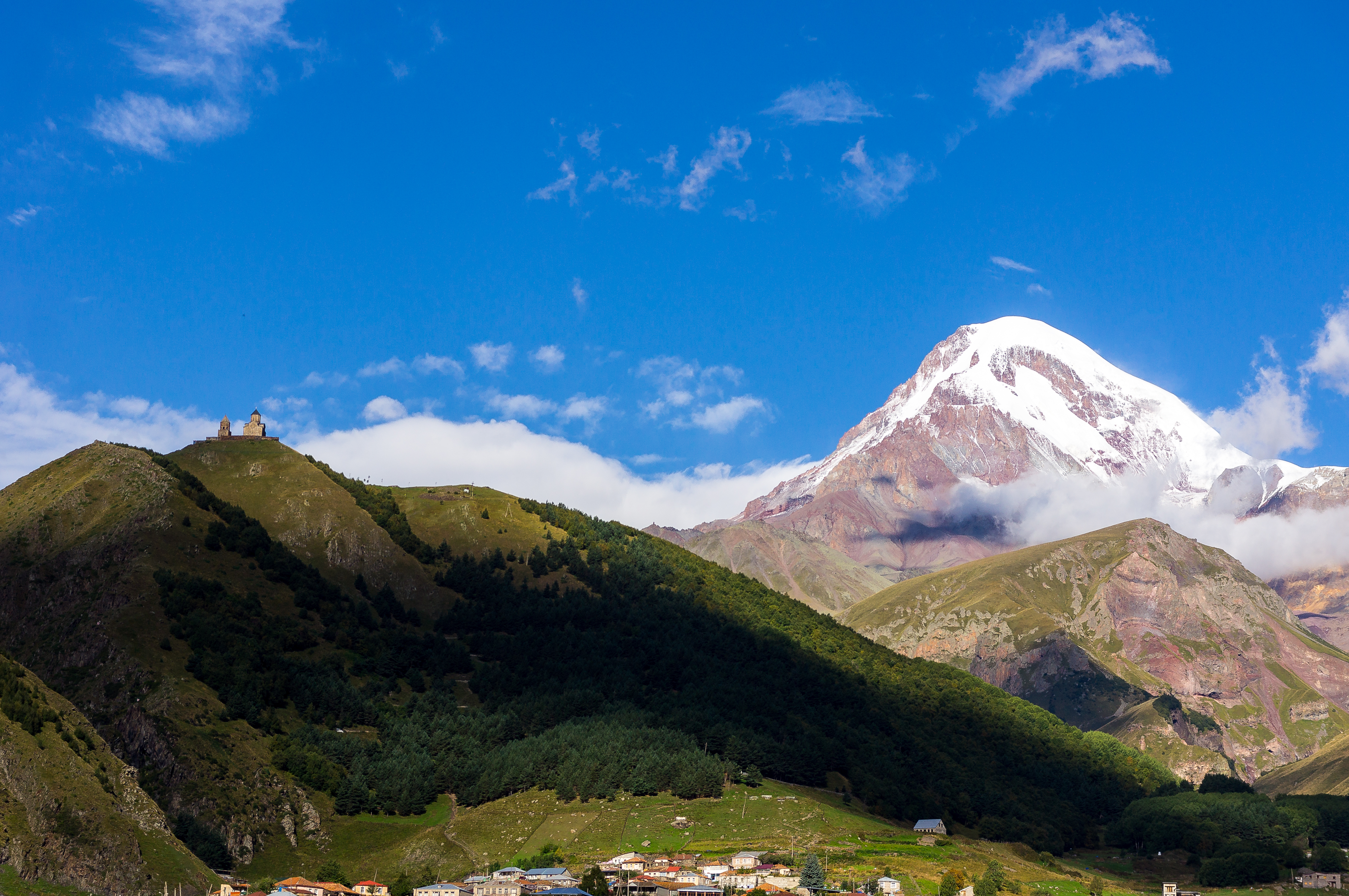 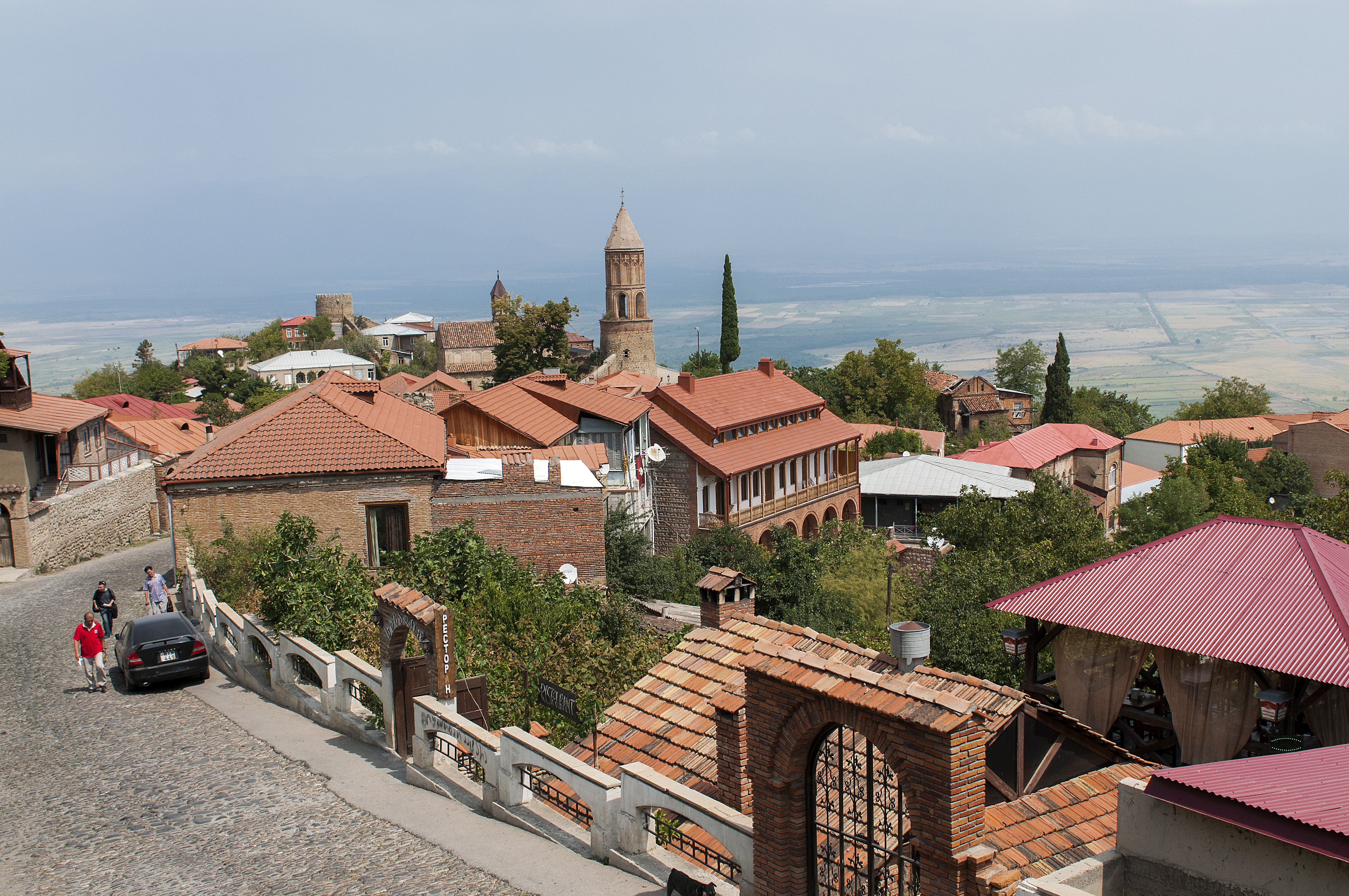 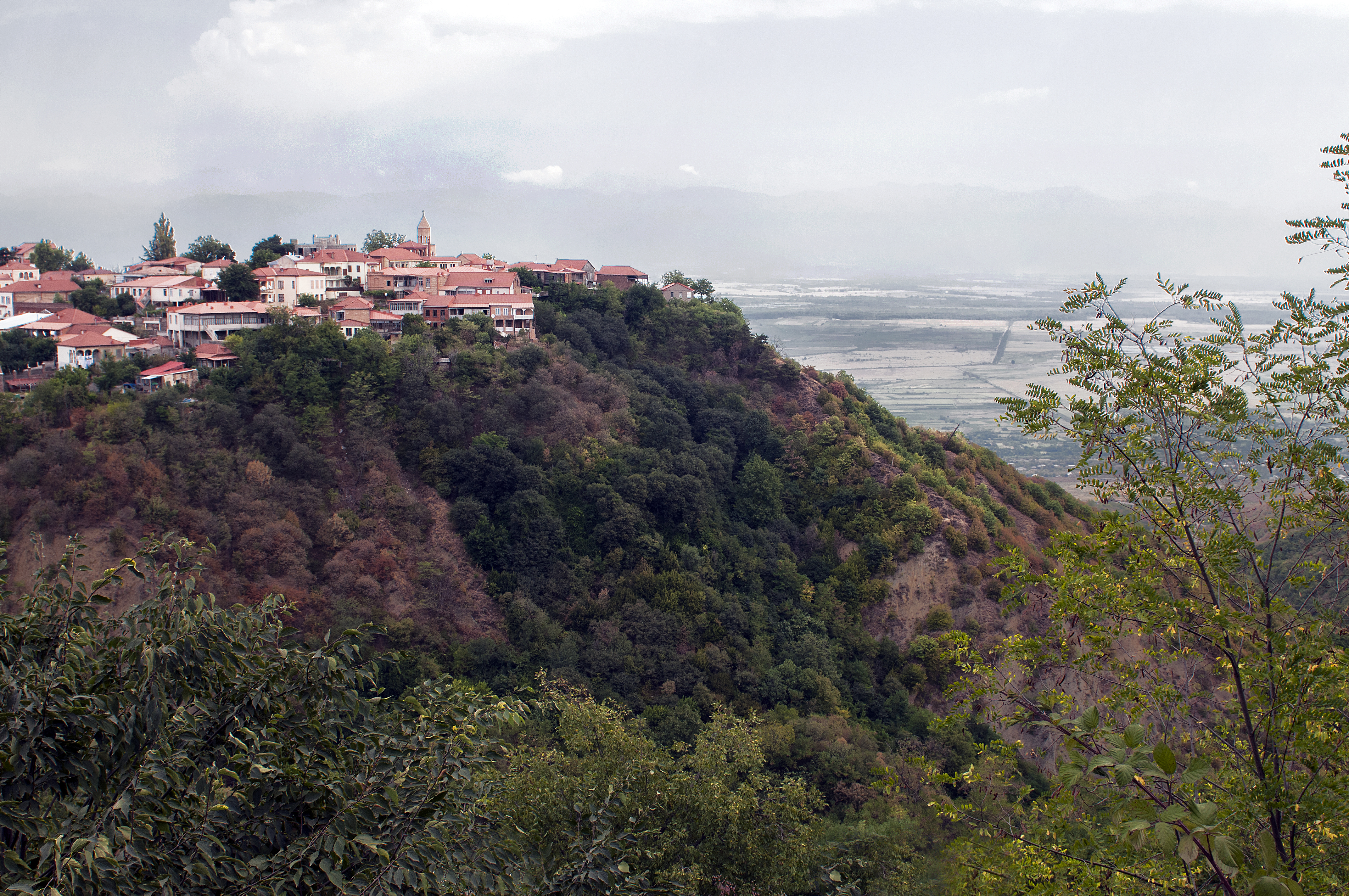 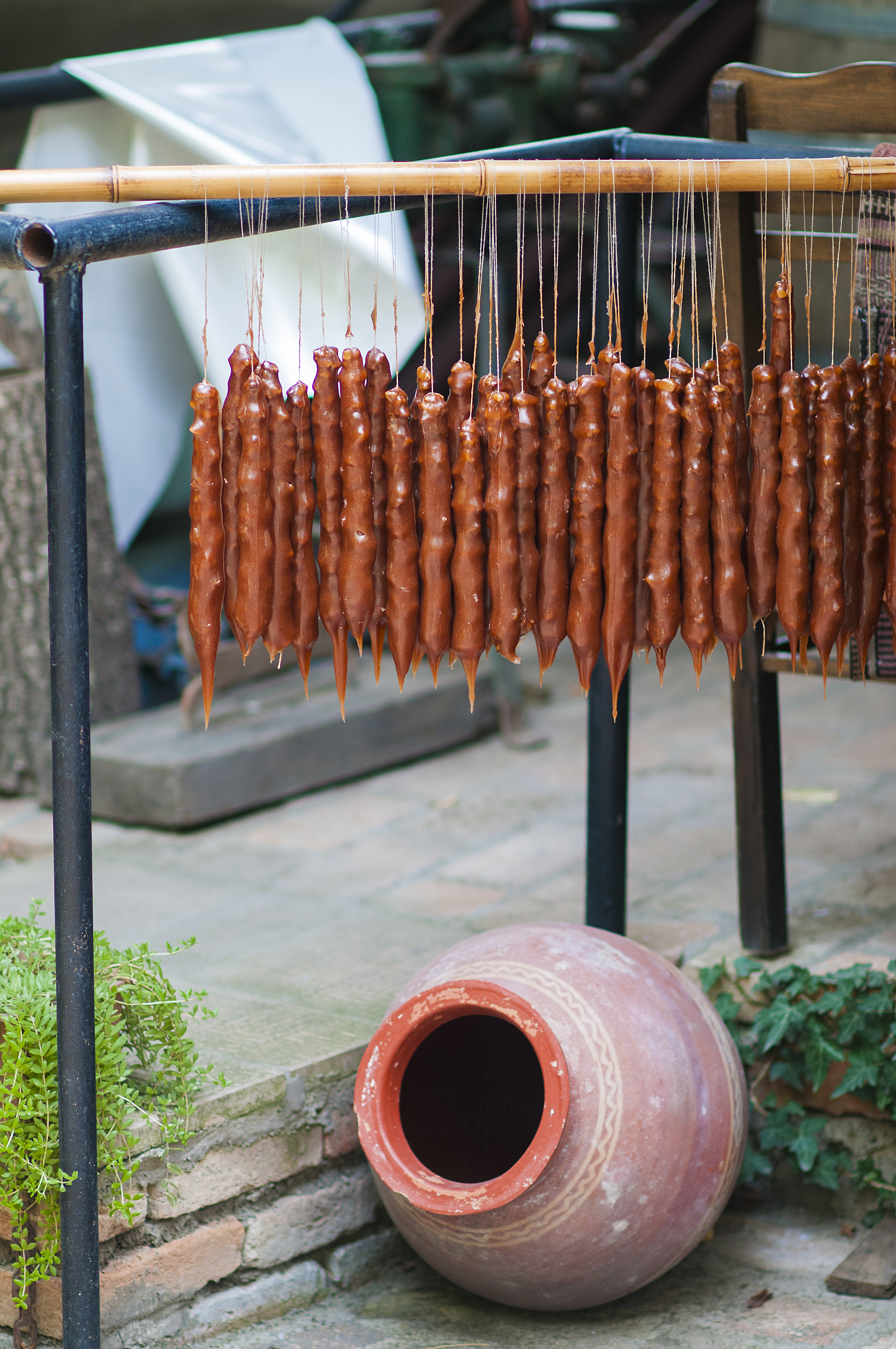 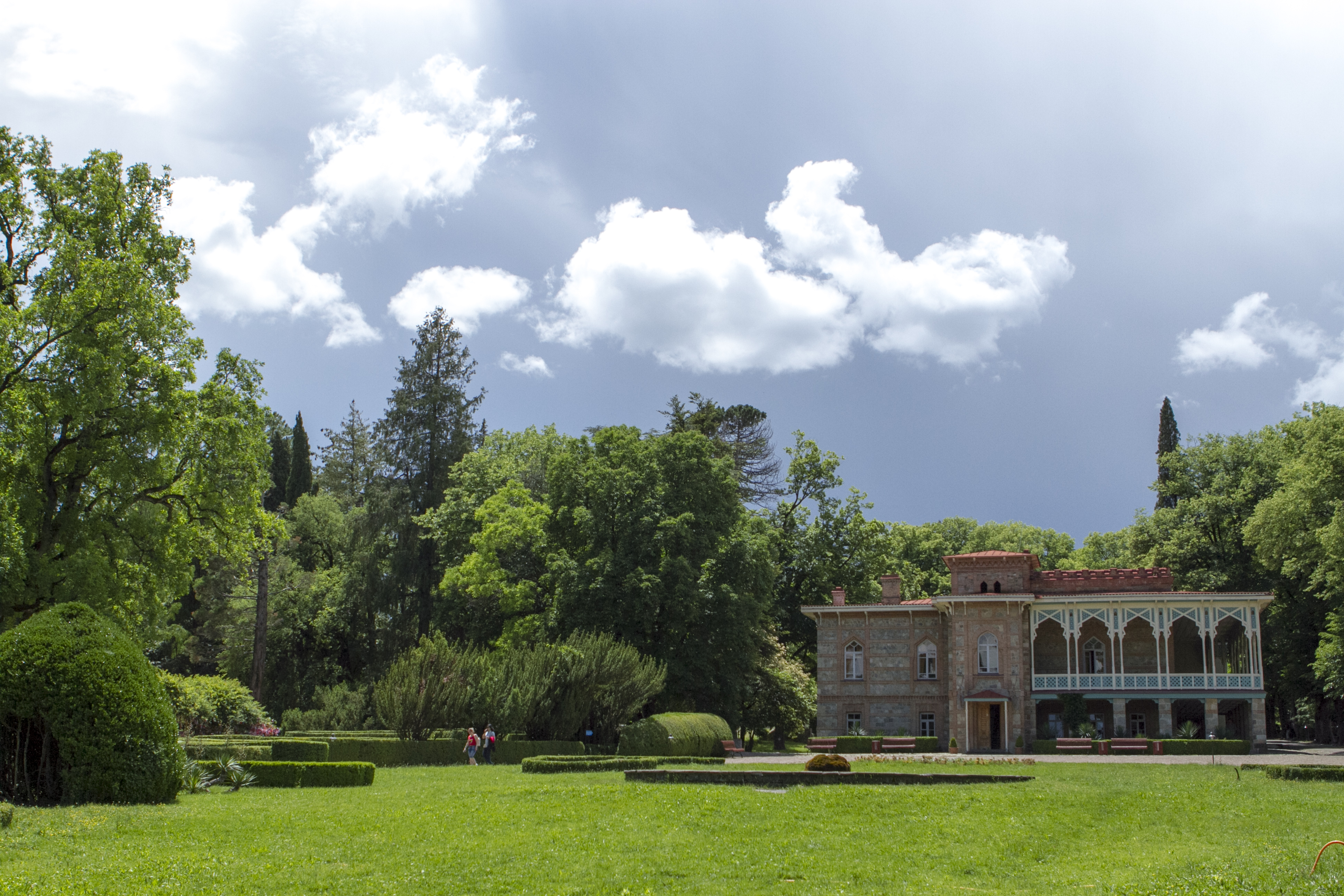 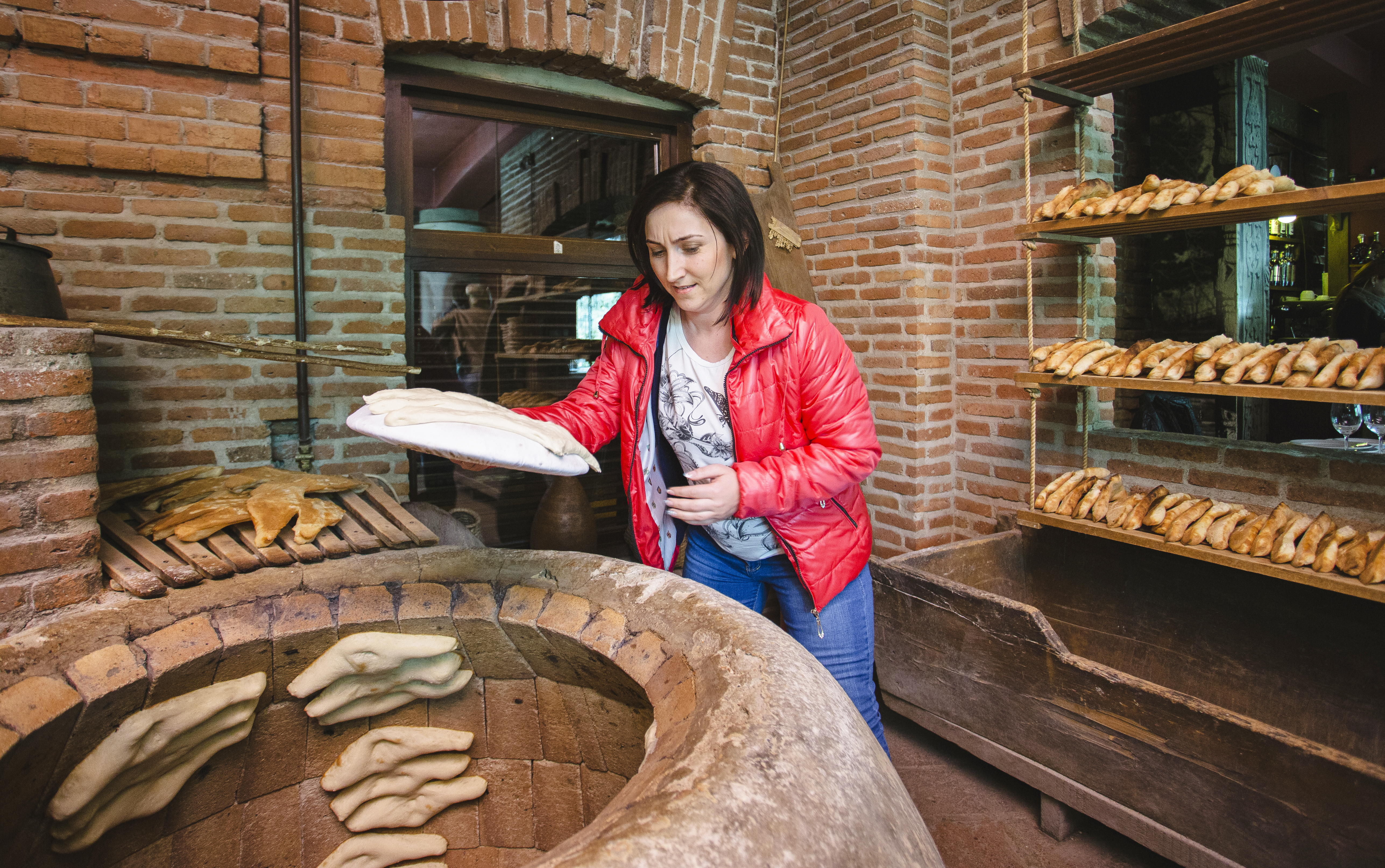 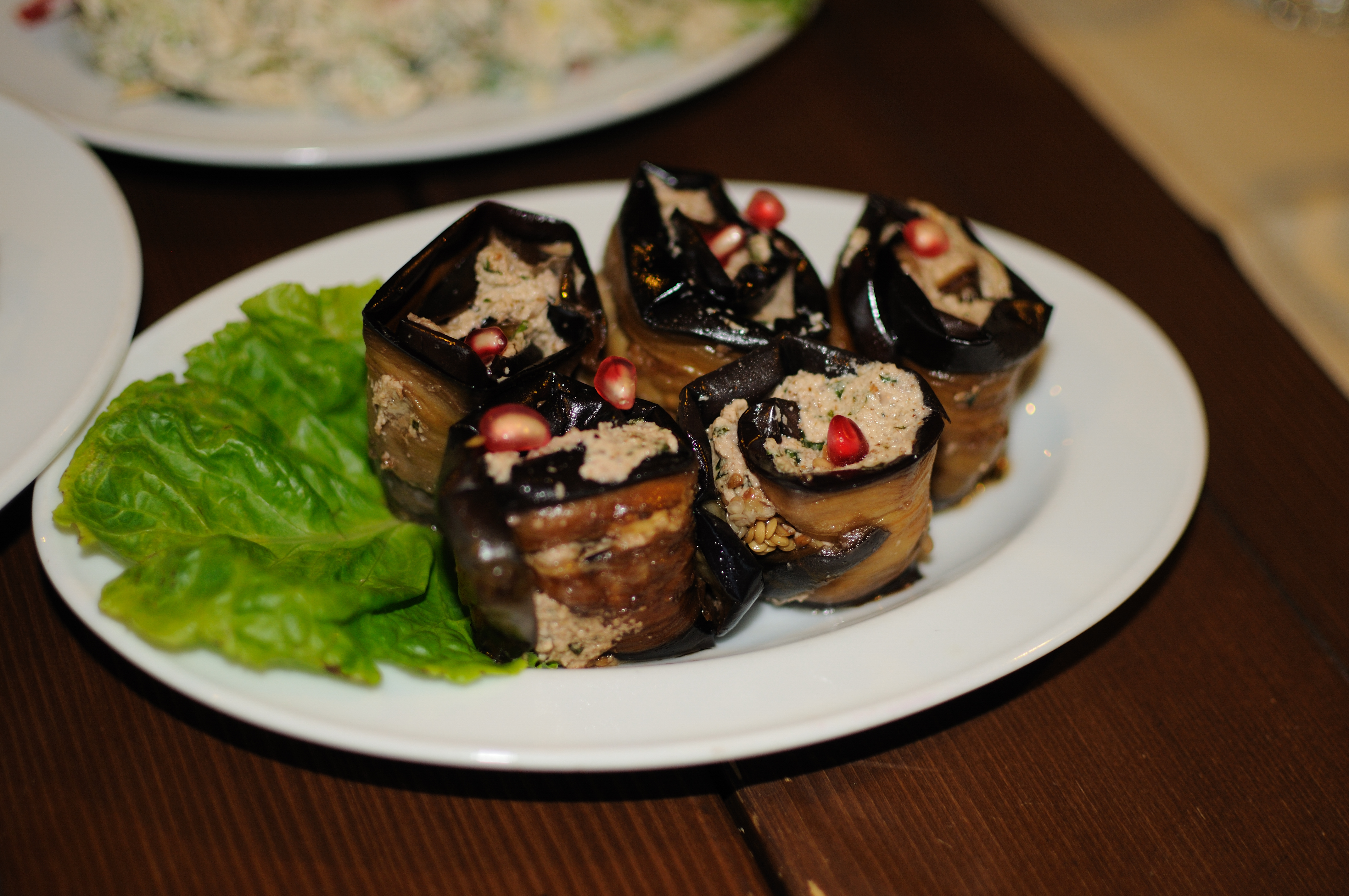 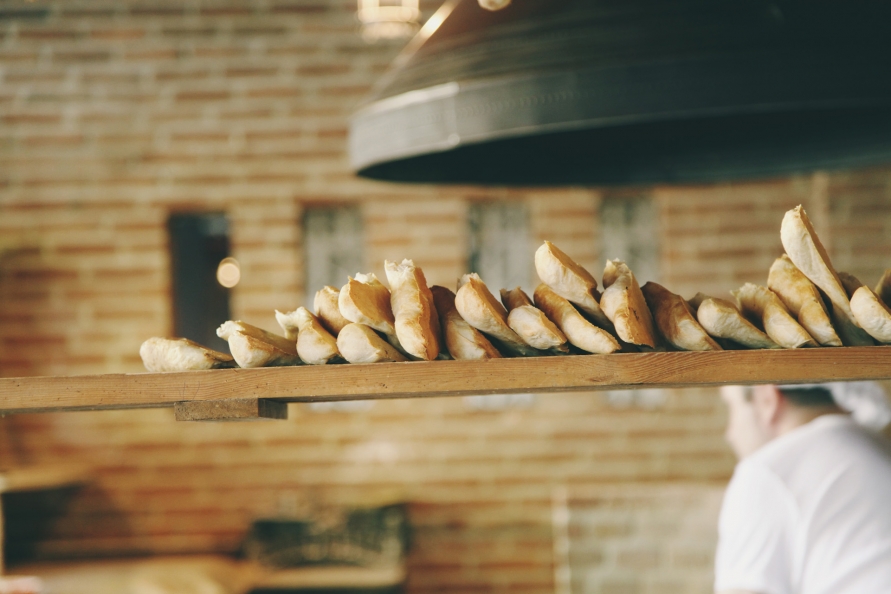 Request more details
The tour organizer VisitGeorgia will contact you and answer all questions.

﻿﻿﻿﻿Tour "Classic Georgia". In this tour, you will get to know Georgia in all its glory. Accommodation in the best hotels in Georgia, visiting the unique sights of the country, the best wineries and restaurants in the country, where you can feel the customization of the flavor and hospitality of Georgians. During the tour, you will:

All this will make your stay in Georgia a real holiday that will remain in your memory for a long time.﻿﻿ 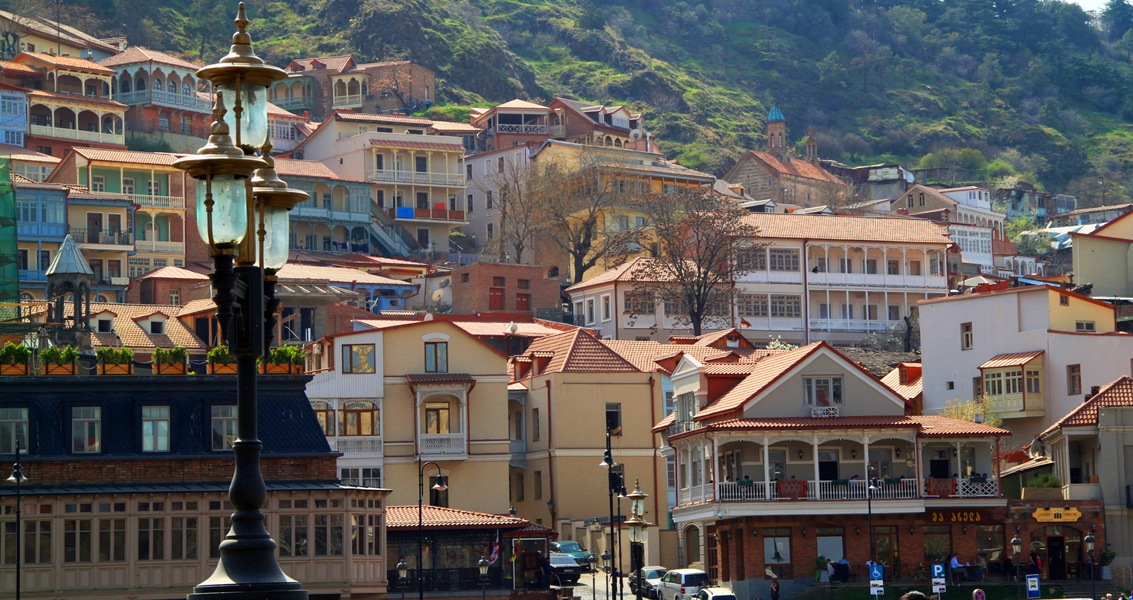 Arrival at the airport of the capital of Georgia - Tbilisi. Transfer and check-in at the hotel.

Today we will get acquainted with Old Tbilisi, with its narrow streets, colorful houses, stained glass balconies, with old districts and terraces that have survived, as well as delightful modern buildings.

Lunch at a city restaurant with traditional dishes. 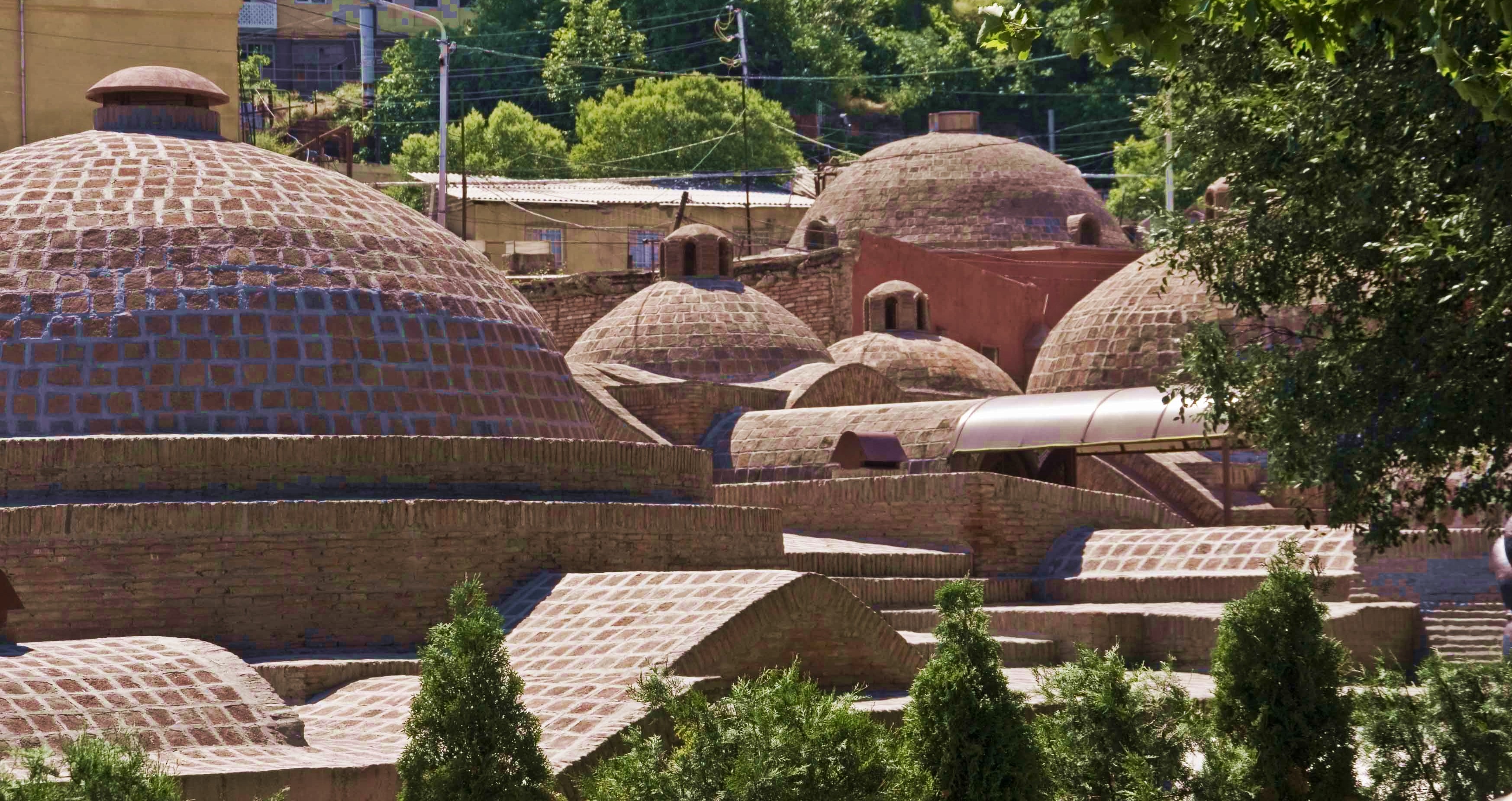 Let's start with a visit to the Metekhi temple with a panoramic view of the old city, a walk along the street Chardin, visit to the Toastmaster statue, Sioni Cathedral, Theater of R. Gabriadze, as well as the most ancient church in Tbilisi - Anchiskhati. Then we will head to the Narikala fortress, from where we will enjoy a panoramic view of the entire city of Tbilisi. After that, passing the ancient fortress wall of Narikala, we descend to the historical district of the Sulfur Baths - Abanotubani, with which the name of the city is associated.

Dinner at a traditional Georgian restaurant with entertainment program.

Working day. The choice of the hotel and sites, taking into account the priorities of the company on request. 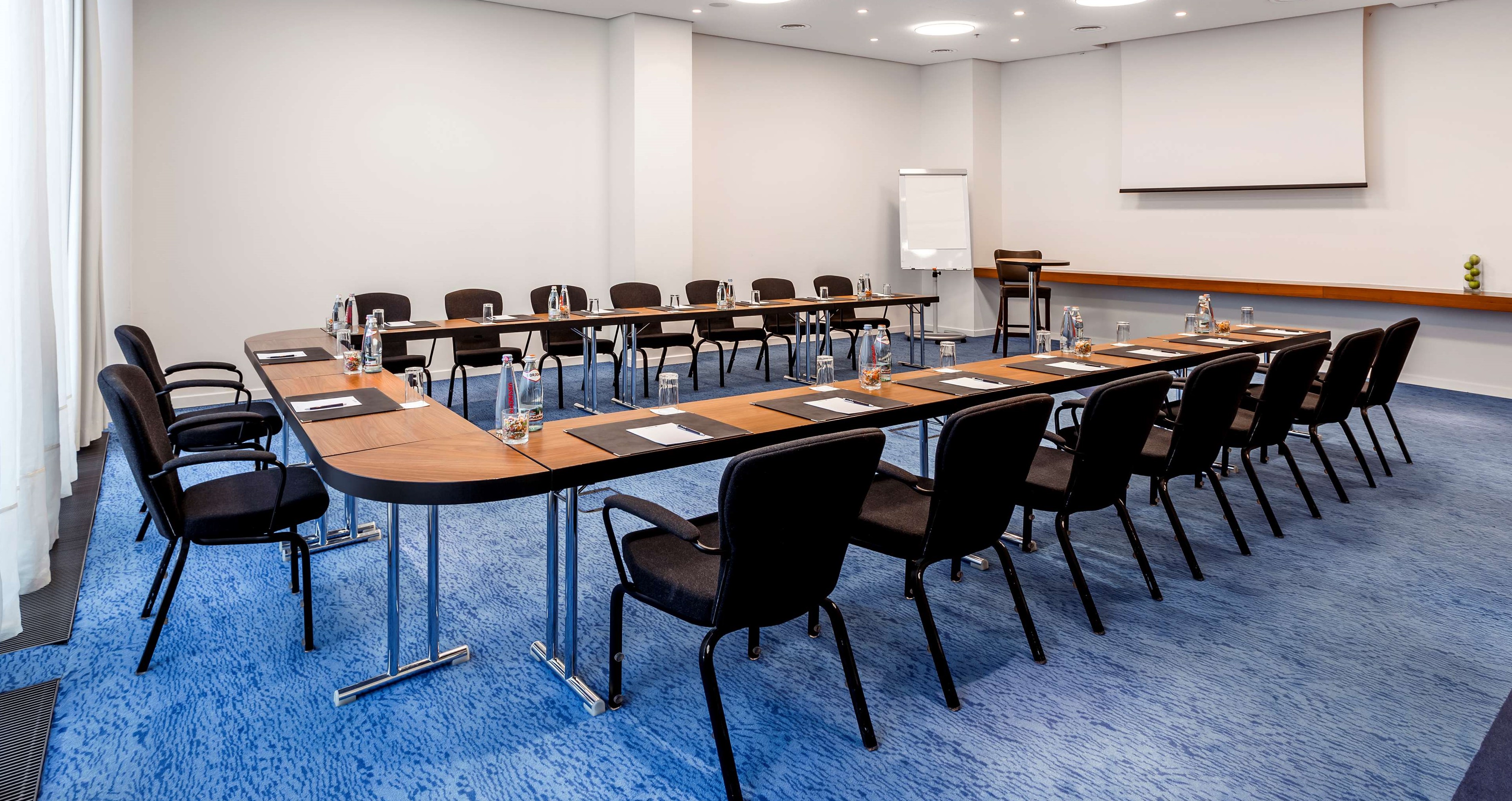 Departure to the ancient capital and religious center of Georgia - Mtskheta, a city that has become a muse for many famous figures.

Visiting the Jvari temple-monastery (6th century) and the Svetitskhoveli cathedral (11th century), which are UNESCO World Heritage Sites. Walk through the streets and souvenir shops of the old city.

Lunch at a restaurant overlooking the Kura River, with traditional dishes.

Next we will go to the ancient city of Uplistsikhe (1 BC). 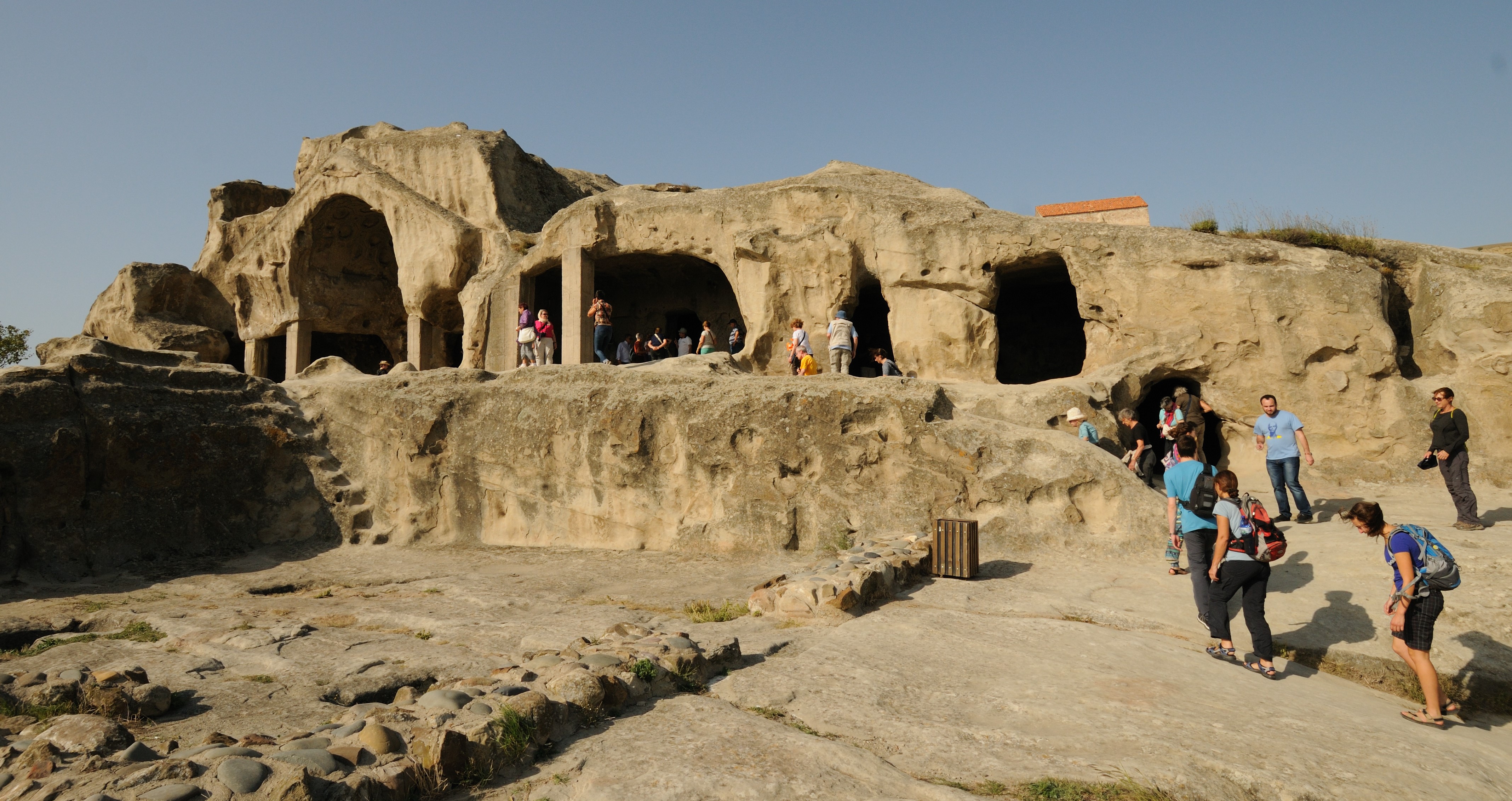 The cave city, carved into the sandstone along the Kura, was one of the staging points on the Silk Road. Visitors will have the opportunity to explore this ancient complex with residential caves, wine cellars, bakeries, an antique theater, as well as visit a medieval basilica.

Dinner at a traditional Georgian restaurant with entertainment program.

Departure along the Georgian Military Highway.

We will explore the fortified complex Ananuri (17th century) with a stunning view of the Zhinvali reservoir and continue on to Kazbegi. On the way, we will stop by the acidic waters, where the locals sell wool products, and also take a photo of the feet at the panoramic platform near the Cross Pass. 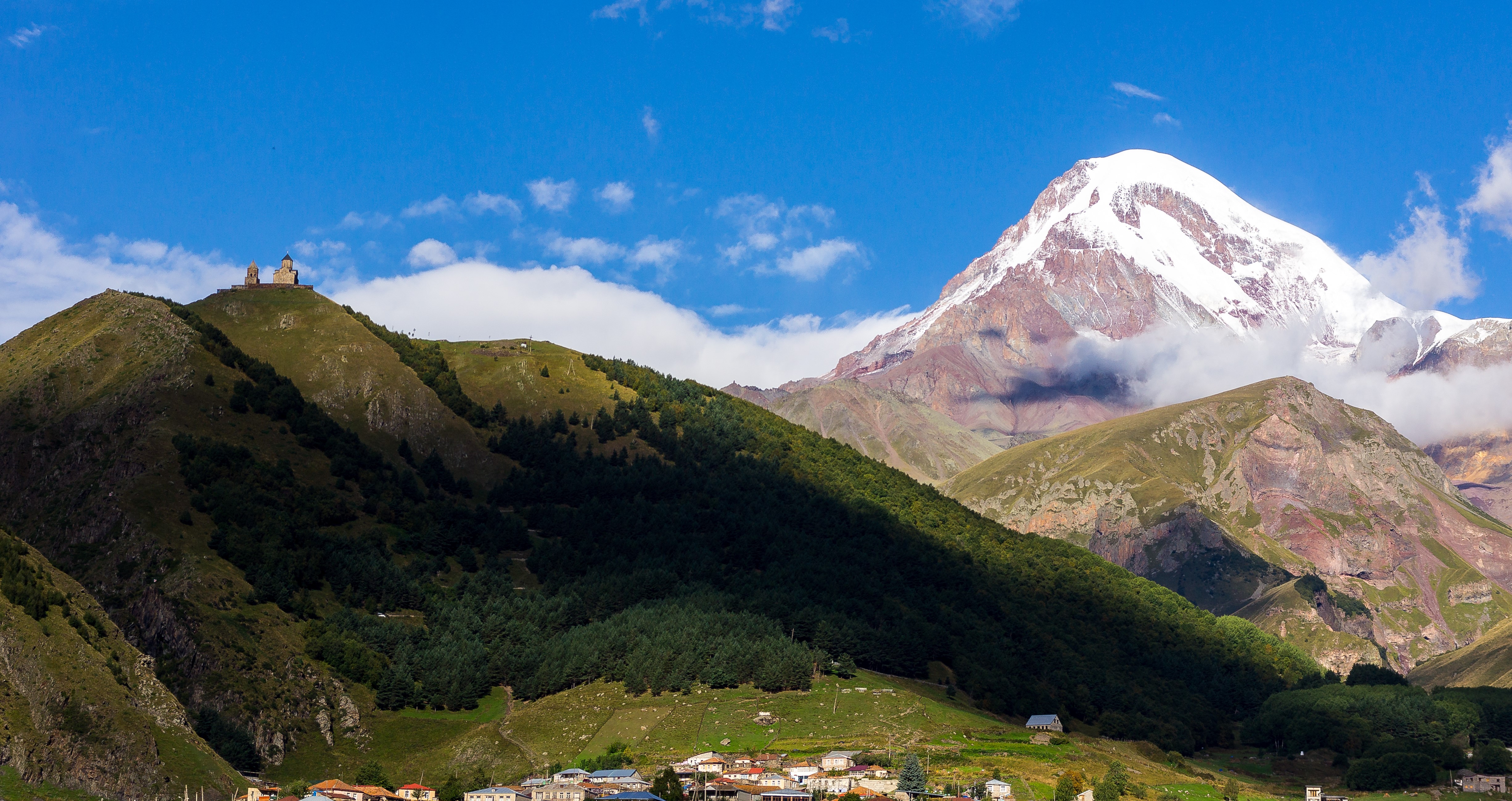 Lunch in Kazbegi with a local man with homemade dishes, as well as a master class on cooking khinkali, because real khinkali are made in the mountains.

Visit to the Church of the Holy Trinity Gergeti (14th century), located at an altitude of 2170 m overlooking one of the highest and most impressive peaks of the Caucasus - Mount Kazbek (5047 m).

Dinner at a city restaurant with a musical program.

Travel to Kakheti - the famous region of viticulture.

Initially, we will head to the estate of the princes Chavchavadze of the 19th century Tsinandali. It was here that A. Griboyedov met his future wife, Nino Chavchavadze. Inspection of the Tsinandali house-museum, followed by a walk through the beautiful park.

Continuation of the road to the Kakhetian family, where you will feel what real Georgian hospitality is.

Next we will visit the fortified city of Signagi (18th century), which gives travelers the opportunity to enjoy a delightful view of the nearby mountains of the Greater Caucasus. 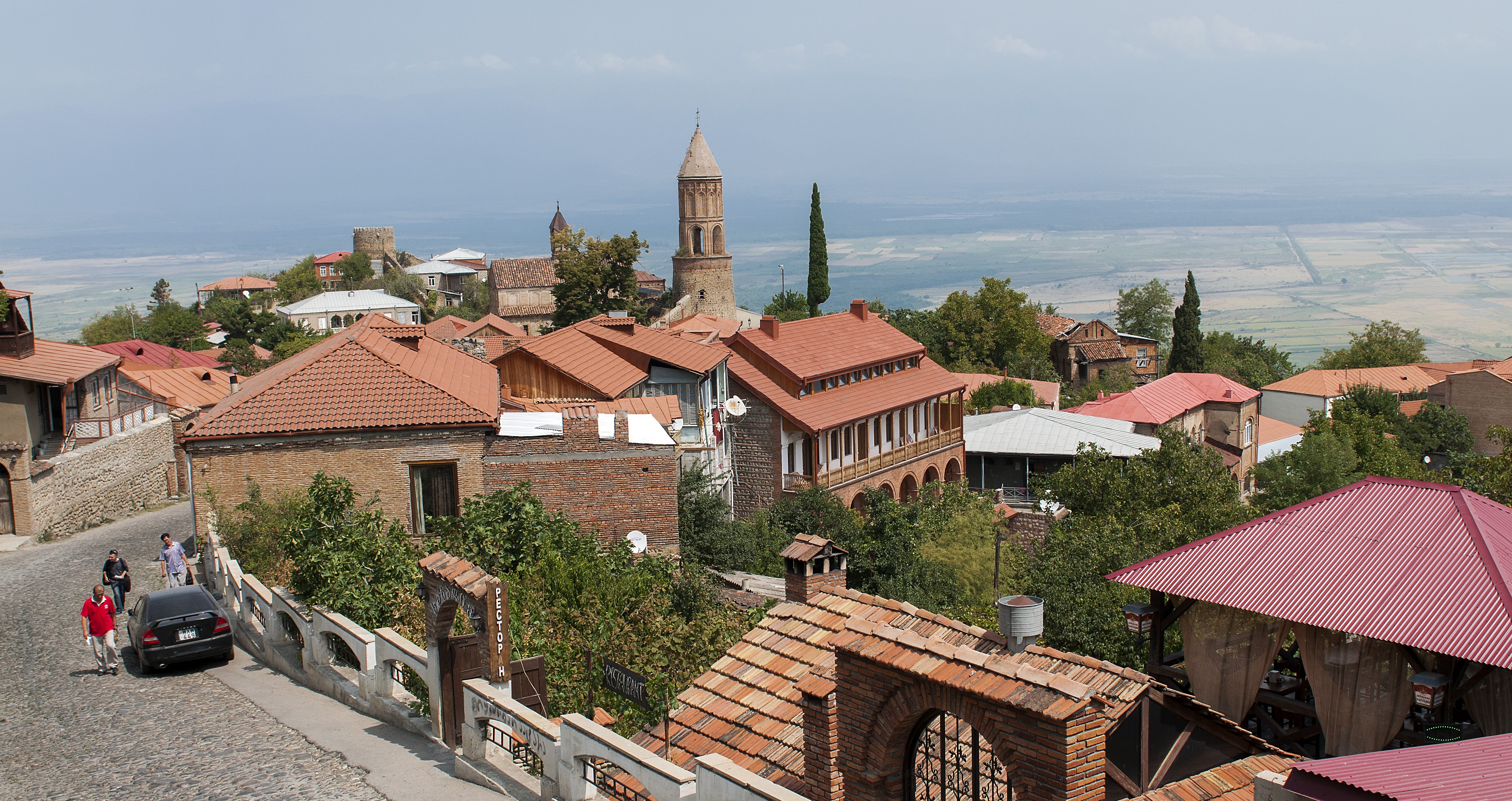 Visit to the Bodbe monastery, where Saint Nino rests, who introduced the Georgian people to Christianity in the 4th century.

Dinner at a traditional Georgian restaurant.

Last lunch in a traditional Georgian restaurant, where you will also have the opportunity to see how Georgian bread is baked in "Tone". 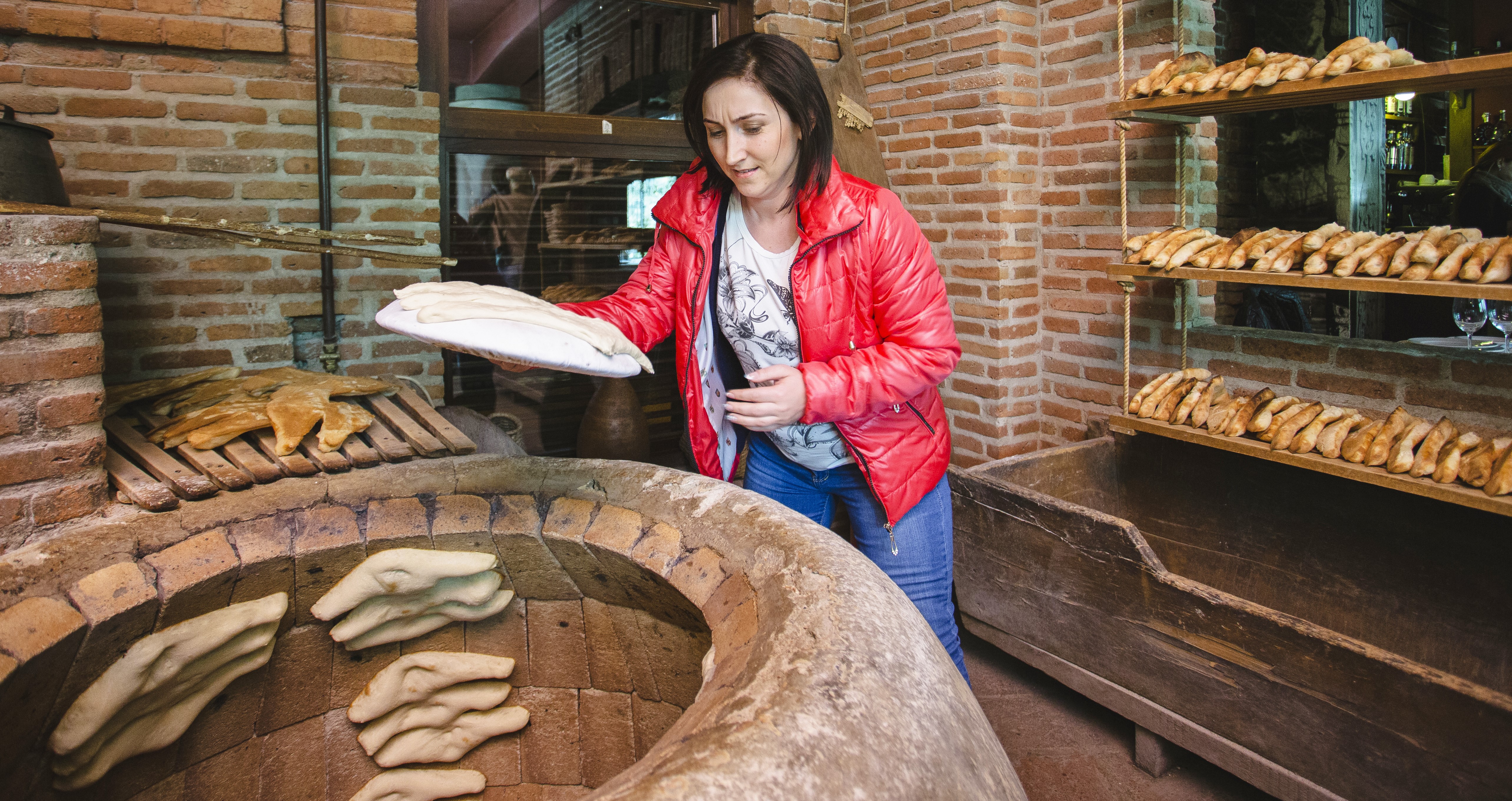 Transfer to the airport and departure.